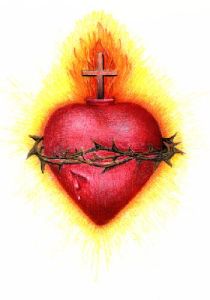 Three hundred eighteen years ago tomorrow, a French Visitation nun named Margaret Mary Alacoque drew her last breath in the world. She had lived a painful and difficult life. But the Lord had given her a special gift: He appeared to her and showed her His Sacred Heart.

The Heart of Christ had never before been visible to the human eye. Even when He walked on the earth, the Lord’s human heart could not be seen. It was pierced by the soldier’s lance when He hung on the Cross. When He came back to life, His heart began to beat again in His breast. Now the Sacred Heart of Christ is in heaven, along with the rest of His glorified body. His heart is the fitting symbol of His infinite love, the divine love united with the love of a man. 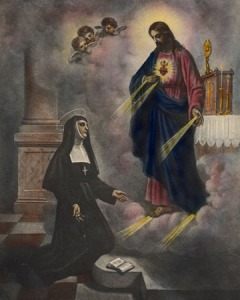 When the Lord appeared to her, St. Margaret Mary saw how the Heart of Christ burns with love for the heavenly Father and for His children on earth. She wrote: “The Sacred Heart is an inexhaustible fountain, and its sole desire is to pour itself out into the hearts of the humble. The divine heart is an abyss of all blessings.” 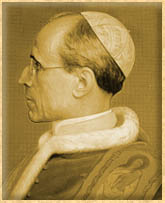 “Their significance is that Christ–showing His Sacred Heart–willed in a special way to call the minds of men to the contemplation and veneration of God’s most merciful love for the human race. Devotion to the Sacred Heart of Jesus is so important that it may be considered the perfect profession of the Christian religion, for this is the religion of Jesus, and no man can come to the heart of God except through the heart of Christ.”

2 thoughts on “The Religion of Jesus”