God prays. He prays to Himself. The Son of God, Who became man, prays to the Father. Christ is our High Priest. God prays as one of us, in the eternal church in heaven.

There was a rabbi in the 1700’s who had some inkling of this. Someone asked the rabbi, “Does God pray?” The rabbi replied, “Yes, He does.”

Then came the million dollar question: What does He say? The rabbi replied, “God’s prayer to Himself is: ‘May it be My will that My mercy overcome My anger.”

God is infinite; everything He has made is finite. Therefore, the first thing He did was to separate finite-ness from His infinite self. Somehow, He made room for the universe.

It is impossible for us to imagine the way God makes things. We make things, of course. Like spaghetti. But we make the things we make out of other things. Like out of a box. God, on the other hand, has made everything out of nothing.

So we could say that creation is not just a matter of God separating things from each other. Really it is a matter of His opening things up, so that there would be room. 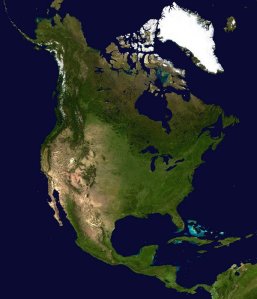 He opened up time, too. He opened up room in eternity for time, then He separated time and eternity.

What if you had a teaspoon, and you had to move the contents of the Pacific Ocean to the Atlantic Ocean, using the teaspoon—and you had to traverse the continent on foot each time. What kind of task is that? An infinite task? No. It is nothing compared to infinity. Once you finished, eternity would just be beginning.

So why? Why did God make us? Why did He create this unendurable opening between us and Him?

We could try to say that He opened it up so that we could take advantage of our opportunity as created beings and give Him glory by doing well. That would be a wonderful explanation—if it were completely true.

But we have not done all that well. Mankind has a few meager accomplishments to show for itself. But the list of sins is much longer.

So why? Why did the good Lord open up the whole business of creation? Why make room for it, if all that was going to happen was that we would fall and sin?

When He opened up creation, was He really just digging a bottomless pit for us to tumble into and fall toward nothingness and away from Him? 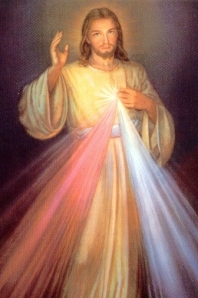 A week has seven days. In the book of Genesis, we read about seven days. But Easter Sunday lasts for eight days. The eighth day is an eternal day. Creation had been in motion for ages, but then the fullness of time came, and God opened something else up.

Why did God make the world and us? We are looking at the answer. Our nothingness before God feels like a bottomless pit. Sin feels like a bottomless pit. But it is not. Sin is bad, yes. But it is not infinite. It is not bottomless. There is a bottom. We can fall and fall and fall—but at the bottom of the pit there is a cool, clear ocean. It is like the scene in the Lord of the Rings, when Gandalf falls down the crevasse with the Balrog…

The last thing the Lord opened up was His own Heart. The Creator became man. He spread His arms wide open. He let His heart be opened up with the point of a spear.

Inside the SacredHeart, there is room for all of us. There is room for the whole universe. On the Cross, God opened up an infinite space which is not separate from Him, but in Him.

Why did God create? He created so that He could have mercy.

…P.S. Beware of computers. They can be dangerous.

One thought on “Divine Mercy”