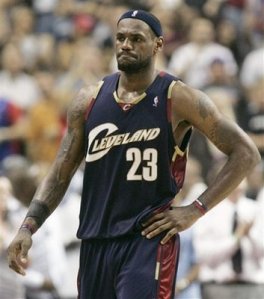 Now that his M.V.P. season is over, he deserves a nice, all-American vacation.

He deserves to go to a place where dreams come true.

He deserves to get away from the reality of the NBA Finals, where his dreams don’t come true.

But he can’t go to Disneyland, because it’s in Los Angeles.

And he can’t go to Disney World, because it’s in Orlando.

Preacher’s prediction for the Finals: Orlando is six games.

One thought on “Too Painful for Vacation”