Skip to content
October 3, 2009October 3, 2009 frmarkdwhite
Cannot tell you what a comfort it is to turn on the radio and listen to the eager Canadian voice of Steve Kolbe.

The Caps are tearing it up, people!

God made them male and female.

…A man leaves his father and mother and clings to his wife, and the two become one flesh…

What God has joined together, no human being must separate.

In his teaching, our Holy Father Pope Benedict insists on certain ideas over and over again. One of them is: Religion is not purely private.

In a way, it is surprising that this would be one of the Pope’s main themes. He is himself an intensely private man. He has one of quietest and most unassuming personalities on the face of the earth. His piety is subdued and interior. He is deferential and respectful of others–almost to a fault. If anyone is looking for a role-model for “tolerance,” Pope Benedict XVI is the best. The man would not kill an ant that crawled into his potatoes au gratin. 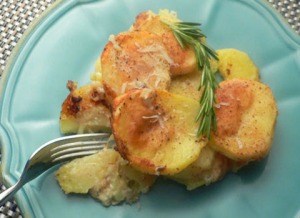 Nonetheless, wherever he goes, the Pope teaches: Religion is not purely private. It is not just “me and my God.” It is not just a matter of “my spirituality” and “my inner peace.”

Yes, we must discipline our selves. Yes, we must find the most private center of our individual souls. But we do this in order to listen to the Word of God, which is addressed not just to me, but to the whole human race.

In the gospel, the Lord speaks to us about marriage. As you may remember, a couple of Sundays ago, the Archbishop asked us priests to explain that marriage is between one man and one woman.

Don’t worry–I am not going to go over the birds and the bees again. Rather, let’s consider another question: By what authority does the Catholic Church propose to say what marriage is and what it is not? How does the Church presume to lay down the law on marriage?

Interesting question? If you don’t think so, take a little snooze. On the other hand, if you are married, if you know anyone who is married, or if you ever intend to get married, I urge you to pay attention…

This makes sense, because marriage is inherently religious. There is really no such thing as “secular marriage.” A marriage is a marriage because a man and a woman go to the altar of God and vow their lasting fidelity. God must be the witness of the vows of marriage, or the vows themselves are meaningless.

We know that in our day and age there is a lot of confusion about the fundamentally religious nature of marriage. Our culture no longer understands marriage. We have lost sight of the fact that marriage is first a foremost a way to get to heaven. 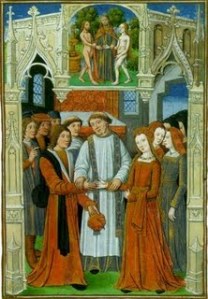 Marriage may afford happiness in this life; it may not. It may be easy; it may be difficult. My spouse might help keep me sane. On the other hand, he or she might drive me crazy.

Marriage is not about controlling any of these things. Marriage is: Putting myself under the Providence of God. To get married is to acknowledge: God is in charge of my life. He has given me this person to spend it with. What happens in the future is up to God; my job is to be faithful, put my best foot forward, and trust the Lord.

When we consider what marriage vows actually say, we can see that getting married is an act of religion. That is why it is necessary to go to a priest or deacon to get married. That is why marriage ceremonies occur in church. That is why annulments have to come from Church tribunals, not from civil divorce courts. And that is why the City Council’s “Religious Freedom and Civil Marriage Equality Amendment Act” is a joke—a bad joke that will sew confusion and disorder.

The Church asserts Her authority over marriage without being officious or grandiose about it. The Church is not looking for a fight. We want to rejoice in the holy beauty of marriage. We all know that a wedding can be just about the most joyful thing there is, an occasion when the goodness of God really comes into focus. But this takes faith, religion, humility before God. 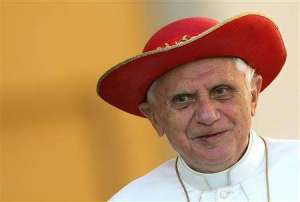 The Catholic Church administers the sacrament of Holy Matrimony as a solemn trust. We did not invent the holy things we deal with. Our rules and laws of marriage do not derive their binding authority from our own ingenuity. What the Church strives to do is to listen to the Word of God and obey it.

Sometimes the marriage laws of the Church might seem complicated or demanding. But when we listen carefully to God’s Word, the rules all make sense.

After all, what did the Lord say?

God made them male and female.

A man leaves his father and mother and clings to his wife, and the two become one flesh.

What God has joined together, no human being must separate.

All the teachings of the Church about sex and marriage make sense by the light of these words of Christ.

The Church governs marriage because Christ has given Her the authority to do so. Let us carry this burden with joy, dear brothers and sisters of the holy Catholic Church. May the Lord give us the grace to bear faithful witness.