“Behold, I make all things new.” This is what the One who sat on the throne in heaven said, according to the vision of St. John.

Christ our King speaks to us from His throne of victory. He says to us:

My children, you have grown old.

The dreariness of sin and worldliness has exhausted you. You can barely lift up your eyes to see the sunlight.

But, behold! I make all things new!

The world is old. Only God really knows just how old it is. There was a moment when God said, “Let there be light,” and it was “the beginning.” That was a long, long time ago.

Many generations of men have come and gone since then. Many nations and peoples have had long histories, and then vanished. 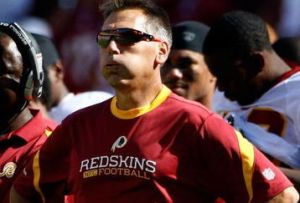 Eleventh and K Streets, N.E., was not always our familiar street corner. There was a time when it was a grassy field.

The Indians probably stalked deer with bow and arrow right here. They did it for thousands of years. They never watched television. They never even heard of health-care reform or LeBron James.

Can we imagine all the bones of all the generations of our dead ancestors buried in the soil of the earth? Think of how deeply buried the oldest bones must be!

So, we see: The world is old. The good Lord is talking to us about a serious problem that we have. Our world is so old that it is disturbing for us to think about it.

It is kind of like how disturbing it is for me to think about how old the electrical wiring in this building is. The wiring is old. The world is much, much older. So we start to worry: Is this world of ours just going to give out on us one of these days? How much use and abuse can it take?

Now, listen—there are some beautiful young people reading this. But let’s face facts: It’s not just the world that is old. Most of us are kinda old, too.

I used to be able to play a mean game of basketball. I could even dunk. But then I had to retire.

I am too old to play basketball. It got to be too dangerous. For every twenty points I would score, I would sprain something—my ankle, my hand, my ego–something. Basketball is fun when you’re young. When you’re old, it is just plain dangerous.

We get old and worn out. We start to wonder if we really have the energy to deal with things. When I was a kid, I never understood how my dad could say on a sunny evening, “I would love to toss the football with you, son, but I am just too tired.”

But then you get old, and you understand. You think to yourself things like: “Watching Jim Zorn stand there on the sideline–with no idea what he is doing—that really wore me out last season. Just watching him stare at the field like a dazed deer wore me out. Thank God I don’t have to go through that again. I don’t think I have the strength.’

Old and tired. It happens. But the Lord Jesus says to us: “Children, behold. I make all things new.”

Remember the movie, The Passion of the Christ? In the movie, when the Lord Jesus is carrying the cross to Calvary, the Blessed Mother says to St. John, “Get me close to Him.”

St. John leads her past the crowd. The Lord falls under the weight of the cross. His mother runs to comfort her son. She weeps with pain as she caresses His bloody face. She sees that His strength is completely spent.

But then He opens His eyes and gazes at her with blazing power. He shoulders the heavy cross again. He whispers to her, “Behold, I make all things new.”

Christ made all things new by submitting Himself to every violent blow that the sinful world could land on Him. He did not flinch. He did not turn away.

The broken, old world raged against the anointed One and beat Him to the point of utter exhaustion. But He did not collapse. He did not fall away from His Father. Instead, He made an offering.

The broken, bruised, and exhausted Son of God lifted up all His pain—lifted up His very death to heaven, and said:

Father, I offer You my body, my blood, my soul. I offer You the divinity We have shared since before the world was made. I offer it all, everything I have, every last drop—I offer it in sacrifice to atone for all the sins of mankind. Accept it, and forgive. Give the world a fresh start. Give the human race a chance to start over.

Then He breathed His last.

Until the third day. Then He began to breathe again. He rose from the dead. And all things were made new.