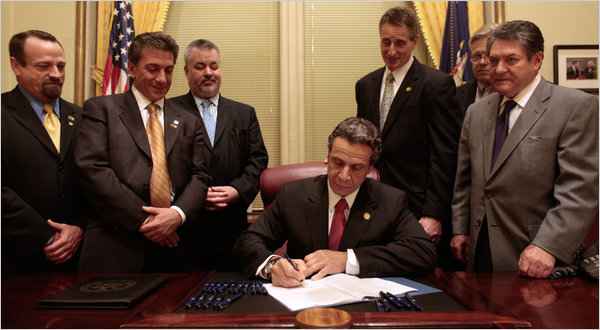 Faithful souls may long to hear from their shepherds a resounding condemnation.

If I might, I would like to take a few moments to explain my personal point-of-view on this matter.

Marriage between two men or two women falls into the category of impossible. For two people to marry, they must act (in the distinctive way) as husband and wife, following their verbal commitment to each other. Two men cannot do this; two women cannot do this. This is bird-and-bees stuff of the most basic kind.

No one enjoys a civil right to do the impossible. Legislatures which try to make the impossible possible only succeed in rendering themselves laughingstocks. But that hardly seems unusual or even particularly remarkable.

That said, it is our bounden duty to oppose such legislative nonsense. A vademecum about opposing ‘same-sex marriage’ can be found by clicking here.

A summary of Vatican teaching on this matter can be found by clicking here.

Here are my ruminations after I sat through hours of testimony at the District building.

‘Gay marriage’ lives in fantasy-world. In the realm of the possible, we find such things as…friendship, sincerity, kindness, creativity…The Lord never laid down a law against any of these things. All are encouraged.

Also in the realm of the possible, we find…sodomy. Even though sodomy so obviously offends everything that is good and dignified about mankind, some people nonetheless experience an inclination to it. The existence of such an inclination shows us that our human nature has been handed down to us in a confused and broken state. Same-sex attraction is a particularly vivid sign of original sin. The inclination is not, however, in and of itself, a personal sin.

My sense is that actually performing acts of sodomy falls deep within the city limits of You-Really-Cannot-Do-It (Ever!)-ville in the minds of everyone who hears any homily I ever give. Therefore, it would serve no purpose for me to give a severe “Gay Marriage is an Abomination” Sermon.

People who might avail themselves of “Gay Marriage” in New York, Rhode Island, Washington, D.C., or anywhere else, are our misguided brothers and sisters. We should do everything we lovingly can to help them come to their senses, do the good (kindness, love, friendship) and avoid the bad (sodomy, lesbianism).

That said, I find the whole ‘same-sex marriage’ business to be less an abomination and more a regrettably silly sideshow, best ignored. Give me an earful if you disagree!