Man has in his heart a law written by God. To obey it is the very dignity of man. According to it, he will be judged. (Vatican Council II)

Lately I have read somewhat widely regarding the federal-government mandate requiring free contraceptives. Forgive me, but B.S. alarms are ringing in every corner of my poor, little mind.

But, in fact, contraceptives do not qualify as medicine. Being able to have a baby = healthy, not sick. To go to a doctor and say, “Doctor, I want to have sex and not get pregnant”—this does not qualify as a medical request.

An honest doctor would have to reply to such a request with a laugh and then a fatherly/motherly admonition: “My child, allow me to recommend better ways for you to spend your time…” (e.g. reading, hikes, frequenting church, frisbee golf, etc.)

The next question is: Do they do this out of specifically religious motives?

This question, I think, opens a very important door onto what we mean by “religion.”

If “religion” refers only to a distinct set of proposals regarding divine revelation (e.g., Judaism, Christianity, Islam, Hinduism, paganism), then the answer would be No. No authoritative teacher of Christianity, including the Pope, has ever claimed that God has revealed to the Church that using artificial contraceptives is immoral.

No. Christian teaching on this matter rests on a different meaning of the word “religious.”

A good person shuns artificial contraception because he/she holds as a principle this idea: A human being should only do things that are worthy of him- or herself.

This is a “religious” idea in a more elemental sense of the word, i.e.: Every human being stands before a higher Truth, and the Truth sees the individual person as the hero of the great adventure of a particular life. The higher Truth knows all, provides all, guides all. The hero’s job is to do good and avoid evil right now.

This is the “religious” idea upon which all meaningful living is based. Not just Catholic living.

Of course, Catholic living certainly is based on this foundation, and Christ has illuminated this idea in a way that resonates in every heart that knows Him. But the idea itself springs from all the lives that have been admired throughout history, including Socrates and countless other admirable non-Christians. Our actions matter, because we are human beings who can choose good and avoid evil in every instance.

Clearly, people who lay down rules like the HHS mandate offer a different explanation of the situation. The alternate version of the story removes the “religious” idea of human morality from consideration. In the alternate interpretation of the situation, there is no truth to guide us. Our desires guide us. Doctors must help people follow their desires without having to suffer consequences they don’t want, even if that involves putting unborn babies to death.

Now, people commit immoral acts all the time, including Catholics. No one can lay down a rule that will eliminate bad actions from the world. But the question at hand is not: Will sinful people use rubbers? The question at hand is: Shouldn’t the practice of medicine presume that the patient is a human being with a free will who can choose good over evil? 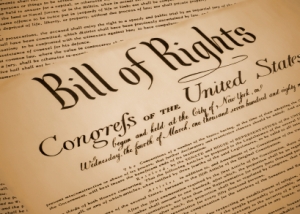 Medicine, and every exercise of professional care, must begin with respect for the moral significance of every human action. If my patient sins, that is a shame, and I will help him or her to deal with the consequences in a good way. But if my patient sins because I led him or her to sin, then I am to blame, and I have no right to bear the mantle of Hippocrates.

…On the other hand, does it make sense for us Catholics to object to the federal-government rule requiring free contraceptives on the grounds that it violates our consciences and the First-Amendment guarantee of religious freedom?

I can’t see how this argument makes sense. To be quite frank, this argument strikes me as colossally lame. The business at hand is not to plead for special exemptions from nonsensical rules. Rather, the duty we have is: Explaining with patience and clarity why it is immoral for anyone to have anything to do with artificial contraception; enduring with kindness and mercy all insults that proceed from minds enslaved by lust, fear, insecurity, despair; suffering whatever consequences one must suffer for refusing to act against the truth.

We Catholics do not have a collective conscience. We each have our own individual consciences, which we owe it to ourselves to educate and follow. Anyone involved in the use of artificial contraception should make a choice and quit it now.

One thought on “Contraceptives, Medicine, and Conscience”