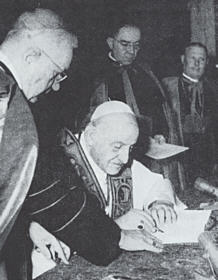 What did the wicked tenants do? (Click the link to read the parable.)

They rebelled. The owner had planted and equipped an orderly vineyard, a beautiful farm where it was delightful to work. Justly, the owner expected to receive his produce from the land he himself had developed. He had provisioned his tenants, we can be sure, with more than enough to live on. When the owner sent his messengers, and then patiently even sent his son, he asked for no more than his rightful due.

But the grasping, impatient tenants rebelled. Blinded by selfishness, they could not see that they owed their entire livelihood to the good management and foresight of the owner. The tenants did not want to co-operate. They wanted to rule. But their blind lust for power gave them only chaos and death.

Now—if you are like me, you woke up this morning wanting news about:

1) when we would have a new pope and

2) when the federal-budget sequester would end.

I can make no comment whatsoever on the second subject. And I know I said a couple weeks ago that I thought we could look forward to having a new pope by Holy Week.

But, you know what? Maybe we won’t. Maybe the Cardinals will not decide things quickly. Maybe they will argue, and disagree with each other, and take a long time.

Let’s remember what happened in the fall of 1962, over fifty years ago now. The Second Vatican Council convened for its first session. Over 2,400 bishops met together in St. Peter’s Basilica. They sang together and prayed together. It was beautiful. Then they proceeded to argue and disagree with each other for two months. They did not reach the required 2/3 majority on anything. Anything. The first session closed in early December with no official teachings whatsoever.

Pope John declared with glee: The Council will have to have a second session! Praised be God for allowing us to show the world that the shepherds of the God’s Church love each other–and God, and the truth–enough to argue about it ad nauseum. All will be well. Good things take time. As they say, Rome was not built in a day.

A young priest, at the Council as a theological advisor, agreed. Heading home for Christmas, and looking forward to more intense debate in 1963, the priest said:

The fact that no text has gained approval is evidence of the great, astonishing, genuinely positive, truly epoch-making result of the first session. 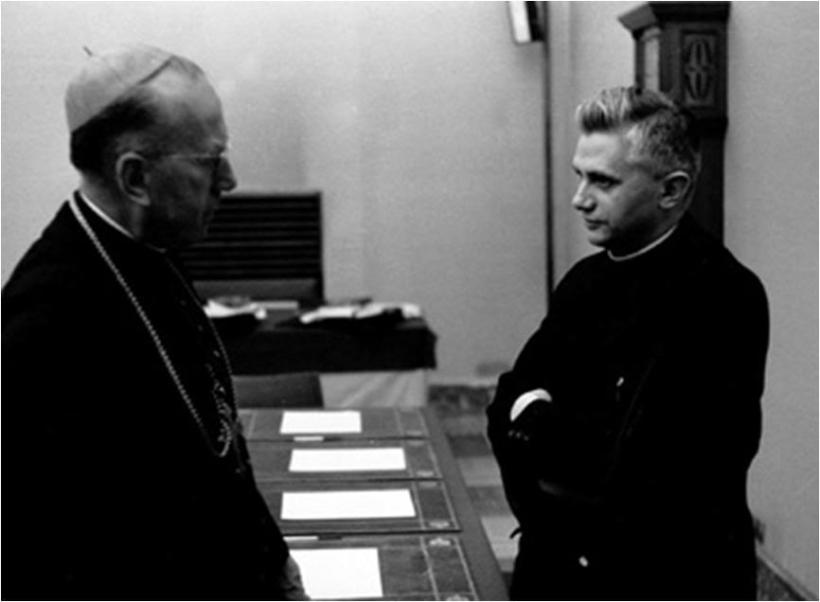 And while we’re at it, let’s pray and fast for our Supreme-Court justices, too, so that they will have help from God when they consider challenges to the Defense of Marriage Act later this month.