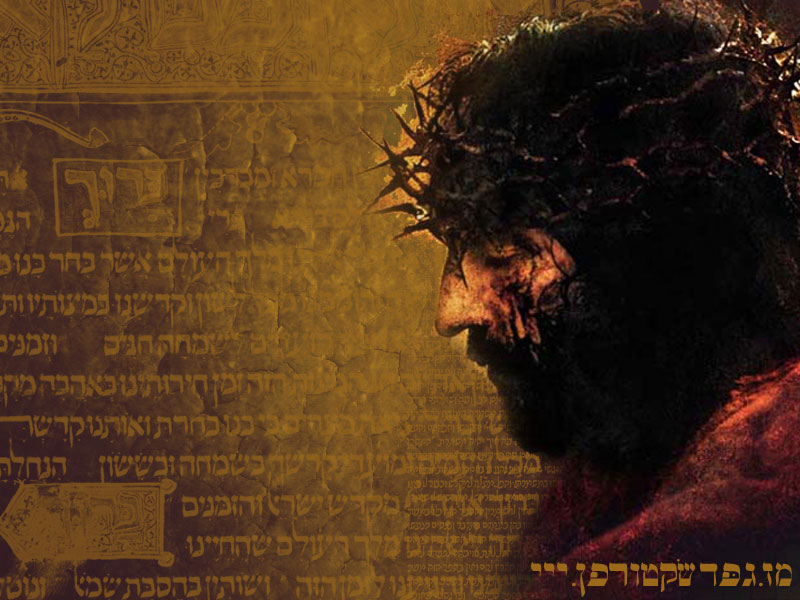 We have reached the time of year when we study with singular focus the holy death of Jesus Christ.

Of old, these opening weeks of spring meant focusing on the death of the Passover Lamb, whose blood marked the homes of the chosen ones. The people of the Passover marched across the bed of the sea, to freedom. Then, the water swallowed up their enemies, to the glory of God.

That was the annual rite in the days of the Old Covenant. But we hear the prophet exhort us, in the name of God: Remember not these old exploits of mine. Don’t dwell on what I did for your ancient fathers. After all, I will do great things for you! I make a way through the desert for you to walk, and the very jackals and ostriches will chant like a choir as you pass down the highway I have laid down, to the Promised Land.

The highway opens before us. It invites us, beckons us, with beautifully obscure clarity, with shimmering darkness, with enticing terror. Because the highway to heaven is the cruel and agonizing death of Christ.

They came to test Him, so that they could have some charge to bring against Him. (John 8:6)

Some charge to bring against the loving Creator. Really?

From the beginning, He asked only for obedience. ‘See! I set you in a garden of happiness. I ask only that you acknowledge reality and bow before your Father Who made you.’ But we replied, ‘No, thanks. We’ll try our own luck with our own knowledge and pride. Thanks anyway. Bye.’

We began to sin at the beginning, we children who God made for Himself. But the true enormity of that original sin—the extent of its utterly foolish malice—it only became evident when the Creator came to be with us, one of us, sharing in our human weakness.

The scribes and Pharisees looked, and trawled, and went fishing for something against Him. Of course, all they could come up with, in the end, was the truth: namely, that this man is God. “Are you the son of the blessed One?” “Yes I am,” Jesus said, “and you will see the Son of Man coming on the clouds of heaven.”

The pride and malice of the original sin then showed itself. We did not love our loving Creator. We did not see that He would, in fact, give us all good things, and heaven besides. No, in return for His love, we crucified Him.

This would appear to constitute a pretty overwhelming condemnation of the human race: Guilty of killing our Maker, Who had walked among us as an innocent lamb, pouring out more and more of the infinite love with which He began the whole business of our existence in the first place.

Guilty not just of saying, ‘No, thanks,’ to the garden He offered, if only we would acknowledge Him—but guilty, in fact, of spitting in His face, pummeling His ribcage with blows, lacerating His flesh, and reviling Him unto death.

What is human sin?

How bad sinners are we, really?

Bad enough to scourge our Creator, crown His beautiful head with thorns, nail His hands and feet to wooden beams, and leave Him to die in bitter agony, with crows circling.

We stand condemned by these facts.

But what does He say?

He we are, Lord, like the woman caught in the act of adultery. Our love for You has not been faithful, like Yours has been for us. We are condemned by facts which we cannot dispute. The Law of Moses prescribes stoning. We deserve to die. What do You say?

St. Paul put it so well for us:

Everything else is so much rubbish. I don’t care about it at all. If only I can be found in Christ. He is my justice, my righteousness, my holiness. He is my wisdom. I gladly embrace my share in the mystery of His death. I gladly give myself over completely to the One Who died for me.

Because I am not perfectly mature. I do not possess the fullness of life. If I acknowledge the truth, I admit that I have no right to live.

Let me just believe in Jesus, and press on down the holy highway. I hope, with the hope of a child, that in the end I will share His glorious resurrection.

This year, we celebrate the Passover of the New Covenant with a new leader of our pilgrim band, our Holy Father, Pope Francis. We make our way down the sacred highway, through the desert, a people united—with the Vicar of Christ as our leader. We proudly take our place in the ranks of the one, universal Christian Church, led and governed by the pope.

May our church observances of the coming weeks draw us closer together as a people, and closer to Christ, the Savior of sinners.

One thought on “Guilty but not Condemned”