“They come from another age. The Age of Virginia.” (The Killer Angels)

Can a guy have fun tramping around the nooks and crannies of greater Richmond in search of Civil-War sites with epic historic significance? Listening to Coldplay on the way to the Cold Harbor National Historic Battlefield Park?

Forgive me for letting many months elapse without commemorating Civil-War Sesquicentennial events. In two weeks, we will mark 150 years since General Stonewall Jackson died. That fact has awoken me from my Civil-War-commemoration slumber.

Stonewall died before the second Confederate foray into the north (which resulted in the battle at Gettysburg, the ostensible ‘turning point’ of the whole contest—at least in the Eastern Theater.)

The first Battle of Drewry’s Bluff. It occurred approximately 200 yards from a very-familiar stretch of I-95, between the exits for Chester/Hopewell and the exits for Route 288. This battle, which was naval, occurred in May of 1862. Why?

The Confederacy situated its capital in Richmond, at the invitation of the Virginia Assembly. Why would Richmond make such a good capital? After all, it would seem to be very much in harm’s way, close to Washington and the mustering Federal forces. But only someone who has never spent time in Richmond would ask such a question. Of course Richmond should be the Confederacy’s capital.

Now, one of the most perplexing questions that faced President Abraham Lincoln was this: Surely I have at my disposal all the resources necessary to win this war. But I have a problem: What counts as ‘winning?’ What exactly do we have to do to ‘win?’

Good question. There never was a clear answer. But the city of Richmond certainly would have something to do with it.

So General George McClellan, during the winter of ’61-’62, devised his elaborate scheme, a plan worthy of the greatest military geniuses of all time: The Peninsular Campaign. (The peninsula in question being formed by the York and James Rivers.)

Abe: “A flotilla down the Potomac to the mouth of the James? Really? …Okay. But couldn’t you just march due south and save a lot of trouble?” The President, however, wanted action—any action—so he assented to Little Mac’s grand plan.

Therefore it came to pass that, in the spring of ’62, the Union attacked Richmond from the southeast.

(Sounds strange, but: As we will see, two years later, Little Mac indeed looked like a genius, because Ulysses Grant managed to end the war by besieging Richmond from the southeast!)

Back to the spring of ’62. Hampton Roads fell easily to the Federal navy, which opened up the James River to the Union cause. That is: opened the river as far up as Drewry’s Bluff. Drewry’s Bluff is a James-River overlook, near the I-95 exits mentioned above, which the Confederates equipped as a kind of shooting gallery for themselves.

Turned out that this shooting gallery proved impassible for Union boats, i.e.: navigate up to this particular bend in the river, get shot to pieces, turn around and go back. Do not repeat, if you have any sense. The war, therefore, did not end in 1862.

To the contrary, in fact: McClellan never besieged anything. (He tried to besiege Yorktown, as you recall, but CSA General Joseph Johnston outwitted him altogether.) In fact, when Johnston was gravely wounded somewhere on the property of what is now the Richmond International Airport, on the last day of May, Robert E. Lee took over the Confederate army. He proceed to give Little Mac some serious hell.

McClellan, whose basket held most of the Union eggs at the time, clutched and faltered. Lee smelled blood. John Bell Hood’s Texans charged the hill at Gaines’ Mill (not far from the airport), crossing Botswain’s Creek with a terrifying Rebel Yell. The Federals, who were already retreating en masse, fell into a panic. McClellan’s army went from being on-the-run from Lee to being threatened with destruction by Lee.

But, as things turned out, Lincoln’s “we have more of everything” theory proved true on July 1, 1862. Lee sent his men charging up Malvern Hill, not far from the James. (Also not far from a serendipitously located Dairy Queen.) Lee thought: “This is my chance. I will smash them, and they will give up, and leave us be,” i.e. the war will be over.

But instead the Confederates were slaughtered wholesale by superior Union firepower and endless reserves (most of whom never even had to take the field). McClellan retreated his army. Status quo ante ensued.

Anyway, downriver from Drewry’s Bluff, at the confluence of the James and the Appomattox River–where the rivers of mountain water finally get lost in the great tidal basin of the Chesapeake–the Eppes family had a plantation. A railroad ran from Petersburg, Va., to this point, and Dr. Eppes had a few wharves for trading his tobacco internationally.

In the spring of 1864, Grant did what McClellan did not want to do in the spring of 1862: march overland towards Richmond. (Hence, this march came to be known as “The Overland Campaign.”) Unlike McClellan, Grant did not hesitate to order great numbers of his men to march into the jaws of death. Which they did, in droves. 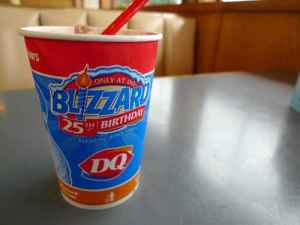 If you hiked the park’s woods without bothering to study up and read the signs, you might altogether miss the lingering trenches, now covered with leaves and hopping squirrels. But the little mounds, snaking higger-jigger everywhere, tell a tale.

After Grant’s initial (massive) offensive failed to break Lee’s lines, the opposing armies stared each other down across a 200-yard no-man’s-land for over a week. They sniped and sharp-shot, their trenches crawling with lice and vermin, the smell of death everywhere, and not enough water to drink.

Dog-tags had not been invented. Thousands died anonymously at Cold Harbor. After the war, the Federals put their dead in a proper cemetery right on the battlefield, hard by the current park. Having trod some of the places where they fell, I felt duty-bound to stop in the cemetery and pay my respects.

May they rest in peace, brave soldiers—ready to die for loyalty and patriotism, and because there’s more to life than this mortal shuffle we make here now.

(Certain people who love me think I befriend the dead too often and spend more time peacefully in cemeteries than a man should. But these buried people are friends I want to have.) Rest in peace, brothers.

Anyway, in 1864, Robert E. Lee knew that McClellan’s original theory was actually 100% correct. If the Federals besieged Richmond (or Petersburg, upon whose railroad connections Lee relied), the CSA could not win. Lee said, “We must stop Grant before he reaches the James. If he gets to the river, it will become a siege, and then it’s just a matter of time.”

After Cold Harbor, Grant made it to the James. He saw Eppes’ Appomattox Manor on City Point, and the General thought to himself: From here, I will conquer.

One of his engineers said, “Everything is perfectly situated here, just like in Boston harbor.” Grant built a miniature version, and City Point became, for a time, the busiest port on earth: wharves, warehouses, dormitories, hospitals, a jail. Grant kept thirty days’ worth of food for 100,000 soldiers on hand at all times. The Military Railroad ran out of City Point more efficiently than any railroad system on earth today. City Point became the “1864 equivalent of the Pentagon.”

(Another sad similarity to Boston: In August, Confederate agent John Maxwell managed to plant a time-bomb on an ammunition barge moored at City Point. The ensuing explosion did a great deal more damage in lives and limb than was done last Monday.)

Grant ruled his military port city from a simple captain’s tent outside the Manor house. When winter came, he lived in a small captain’s cabin.

Meanwhile, Sherman took Atlanta and marched east. Grant hung tough, and less than a year after he had arrived at City Point, Richmond ran out of resources and the war ended.

Grant gave his cabin to the city of Philadelphia, but they did not take care of it. Now it’s back where it started.

To stand on the bluff at the threshold of that cabin, imagining the General sitting on the porch through the night, chomping his cigar, receiving dispatches and walking into his desk inside the door to write his replies by candlelight, the countless barges bobbing at the piers beneath him, the whole operation organized perfectly in his utterly realistic mind—that’s what I call evocative.