When the Son of Man comes, will He find justice on earth?

Whether or not He will find faith on earth (cf. Luke 18:8), only time will tell. But will He find justice on earth?

Will he find the virtuous fairly rewarded and criminals punished proportionately for their crimes? Will He find the world’s goods equitably distributed among honest people living in harmony, with a care for the vulnerable and reverence for the wise? Will He find people communicating discreetly, giving each other the benefit of the doubt, working out their problems gently, helping each other generously, rising above petty antagonisms with serene mutual respect? Will He find all this when He comes again?

The widow in the parable sought justice. She had a legal claim. We can assume she had a solid case against someone who had cheated her.

The judge owed her a hearing. He owed her an investigation into the facts. He owed her his labor as an agent of justice. Why, after all, would we have judges in the first place, if they don’t hold hearings, investigate facts, apply laws, and render just verdicts? 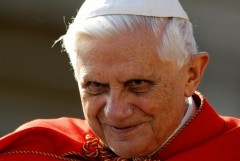 But this judge would not. He wasn’t ashamed to admit to himself that he had no principles. Maybe a powerful friend appointed him a judge as a personal favor, even though he had no intention whatsoever of fulfilling his duties. Or, maybe he was not an incompetent patronage appointee, but rather he had grown slothful over a long career of frustrating failure. Maybe he started out as an enterprising young idealist. But year after year, he heard witnesses lie. Year after year, he tried to apply laws fairly, only to have the king change the laws for the benefit of cronies. Year after year, real justice eluded his grasp. So he gave up. Maybe that’s what happened.

Either way–either from the beginning, or after much disappointment—this judge had grown lazy, lazy to the bone.

So the dramatic confrontation ensued. The widow presents her claim. The judge ignores her suit. She grows angry. He ignores her some more. She seethes with righteous indignation. She brandishes her walker. ‘Your Honor, either you hold a hearing, as the law requires, or I will give you two black eyes before you can call for a marshal, so help me God.’

Jaded and cynical and checked-out as he is, the judge knows that the widow has a right to be angry. He knows that people should not defraud widows, and if they do, they should have to answer for it. The judge hardly believes in justice on earth anymore—if he ever did—but he knows that man’s desire for justice, man’s desire for truth—he knows that these desires will never vanish from the human soul. So he has to do something for this widow, or she will give him two black eyes. 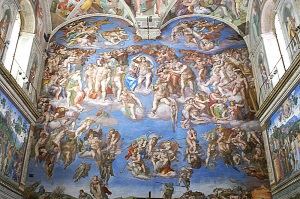 I don’t know about you, but my favorite part of Pope Benedict XVI’s encyclical on Christian hope is when he deals with the Frankfurt School of social theory. That’s your favorite part, too, isn’t it?

The Frankfurt School held that you couldn’t believe in God, because there’s too much injustice among men. What kind of God would allow it? On the other hand, the Frankfurt School also held that you couldn’t reject the existence of God, either. Because if you did, you would try to establish perfect justice by human means alone. And trying to do that, history has shown, only makes things worse. The most cold-blooded murderer is the atheist bent on establishing the perfect human society.

Pope Benedict responds to the Frankfurt School by explaining our Christian faith in the Last Judgment. We do not believe in some vague god who ignores all the injustice on earth. We believe in Christ crucified for the sins of mankind. And we believe that He—Jesus Christ, the truly innocent and righteous One Who suffered for us—we believe that He will come again and set everything to rights.

This innocent sufferer [Jesus Christ] has attained the certitude of hope: there is a God, and God can create justice in a way that we cannot conceive, yet we can begin to grasp it through faith. Yes, there is a resurrection of the flesh. There is justice. There is an ‘undoing’ of past suffering, a reparation that sets things aright. For this reason, faith in the Last Judgment is first and foremost hope.

“I am convinced,” the Pope goes on, “that the question of justice constitutes the essential argument, or in any case the strongest argument, in favor of faith in eternal life. Only in connection with the impossibility that the injustice of history should be the final word does the necessity for Christ’s return become fully convincing. (para. 43)

If Christ is not coming again, then when will our desire for justice get satisfied? When will all the wrongs get righted? And if He will not come, then why bother trying to do right in the meantime? If Christ does not bring justice, then no one ever will, because our human attempts always fall short.

But He is coming again. That’s not really in question. The question is: When He comes, will He find us praying and hoping, longing for justice, like the widow who never gave up?

One thought on “The Unjust Judge and the Second Coming”