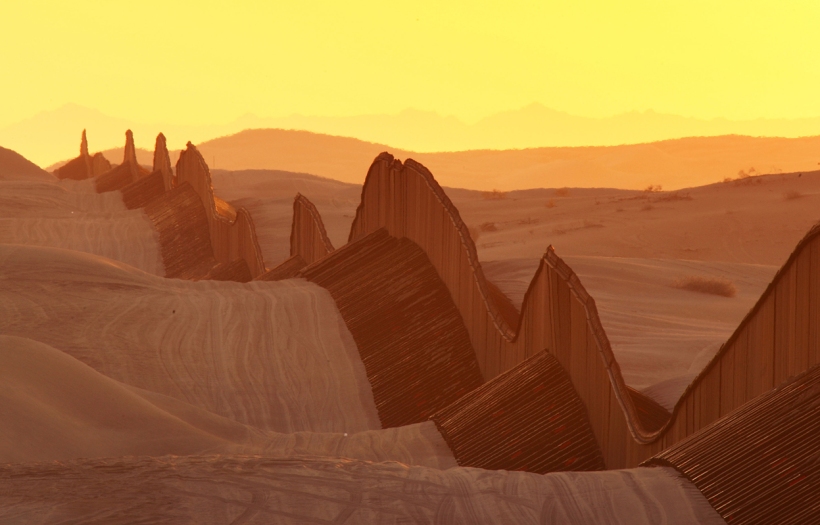 Dear reader, hope you have enjoyed your vacation! (From me.) You certainly deserved it.

But when anyone publicly refers to the border wall in Israel as a good idea, I start to get riled. I can’t just loll on the beach anymore. Anger overwhelms my capacity to relax. I have seen the wall in Bethlehem with my own eyes. I have seen its effects on the city where our Lord was born. And I have wept.

Donald Trump broke the sabbath this past Sunday to give us an immigration-policy proposal. If actually put into effect, his plan would produce a humanitarian catastrophe rivaling the Syrian refugee crisis.

In addition to writing that “humanity should be ashamed” of such a proposal, Mr. Fuentes writes in Reforma words that I hope we will all take to heart:

“I believe in the fundamental goodness of man. I believe that the Americans will lance this ugly boil that has erupted suddenly in their national life.”

Dearly beloved, let’s greet this moment like we should. Our nation needs our pro-life/pro-immigrant message.

–The courageous undercover Planned-Parenthood videos have exposed the incontrovertible truth of what abortion involves.

–Meanwhile, the smallness of American-nativist suspicion of immigrants has also been thrown into focus. It is a cancer from which the USA has suffered for centuries.

We Catholics have a unique point-of-view: our Church family includes the documented and the un-documented, and we love all our brothers and sisters (without pausing for one moment to consider INS status). And of course we love all the babies, and all the mothers. We have the audacity to believe that our sexual power to conceive the next generation does not amount to a medical problem, but rather a beautiful blessing.

We have the message that our country most needs at this very point in her history: our pro-life/pro-immigrant message. Let’s be consistent about it, and let’s share it, with love!