The nobleman called in ten of his servants and gave them ten gold coins.  One of them gained ten more, and then took charge of ten cities.  I think we can deduce that this emphasis on ten should remind us of the Ten… 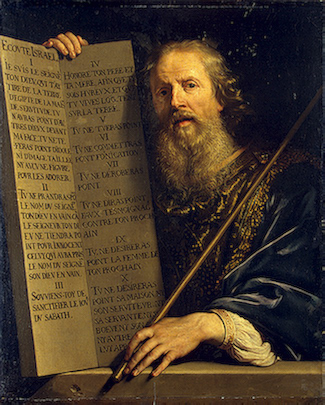 Right.  Commandments.  We have a lot of friends in this life.  But none of them help us more than our dear friends, the Ten Commandments.

The parable takes a little turn: we only hear about the success or failure of three of the servants.  The other seven go without further mention.

Now, the hero of the parable turned a 1000% profit on his original endowment.  The second hero earned 500%.  The hapless, timorous, self-centered goat of the parable earned a big goose-egg.

Can we safely assume that the other seven earned somewhere between nothing and 500%?  Can we assume that they gave it their best shot?  But, not having heroic qualities, they turned a respectable, but unremarkable, quiet profit?

I hope I can accomplish that much.  I give credit to all of you heroes who can accomplish so much more.  All of us have endowments of some kind, and we can turn a profit for the glory of God by loving our neighbors fearlessly.  If it’s only a 50% or 75% profit, maybe we won’t wind up in charge of any cities.  But at least we will have loved God with all that we had.