At Holy Mass this coming Sunday, we will read St. John’s account of the Lord Jesus giving sight to a man born blind. Jesus worked the miracle on the Sabbath day. So a dispute ensued, regarding the Law of Moses.

Some of the Pharisees concluded that obeying Moses and following Christ were incompatible pursuits. They reasoned thus: Jesus, breaking the Sabbath to heal the blind man, while at the same time professing to do God’s work, either…

a. rendered the Law of Moses null and void, or

b. disqualified Himself as a prophet by unrepentantly violating a valid divine law.

Now, we could reject this reasoning as prissy, pointless pharisaism—if Lord Jesus Himself had not so punctiliously insisted that the Law of Moses does indeed remain altogether valid. Every jot and tittle remains in force, “until all things have taken place” (Matthew 5:18), as we read at Holy Mass today.

In fact, rejecting the Old Testament is a heresy that has a name: Marcionism. An orthodox Christian, on the other hand, believes that Christ Himself, the eternal Word, gave Moses the Law. The Law of Moses is Christ’s Law. 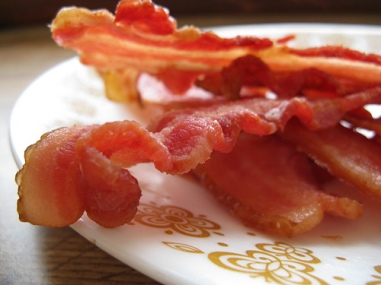 But: We can eat bacon-wrapped shrimp. And we regard circumcision as a medical matter, not a religious one. And we don’t have to wail at the Wailing Wall. And we’re not still waiting for the Messiah to make Himself known.

What we cannot do, however, is: Imagine that we are any other people than the children of Abraham. Who are we? We are the same people that Moses led out of slavery in Egypt. Our forefathers and mothers prayed and waited for the Messiah to come, listening carefully to the words of the prophets. But then, when He came, we rejected and killed Him. Then, when He rose from the dead, we began to repent and believe in Him. He grafted our Jewish and Gentile forefathers together into His chosen people.

The Law began in the very beginning. Christ hallowed the Sabbath with His own rest on the seventh day of the world. Since, with the Father and the Holy Spirit, He is the Creator. The one God made human life what it is: namely, an existence that only makes sense when we worship, love, and obediently serve the Almighty.

Sabbath-breaking remains a grave sin, graver than ever. Christ has enlightened the eyes of our minds: We know who we are. We are freeborn children of God’s household. We are no man’s slaves, because we serve the divine Master. The Pharisees who objected to Jesus had it right—except that they were too blind to see that the one and only place where mankind can actually keep the Sabbath is in the Sacred Heart of Jesus of Nazareth.