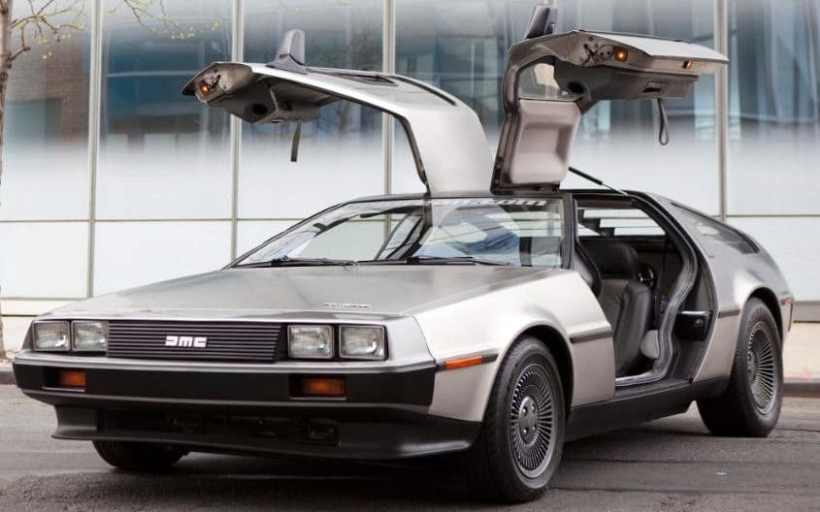 Anyone ever see “Back to the Future?” Seems to me like I have presided at Sunday Mass as the brand-new pastor of the Rocky Mount-Martinsville cluster before. I guess I must have gotten into a DeLorean… [click HERE por espanish.]

How about “Groundhog Day?” That movie resonated pretty deeply with real life, because things can get rather repetitive. Bill Murray got stuck on February 2. Seems like I have gotten stuck on July first: July 1, 2017, seems disturbingly like July 1, 2011.

But didn’t Jesus demand precisely this? As we know from St. Luke’s gospel, the Lord didn’t just say: “take up your cross.” He said: “Take up your cross daily.” Today, take it up. Tomorrow: repeat. Our day-to-day life, repetitive as it may appear, is exactly where we meet our opportunities to follow Christ. 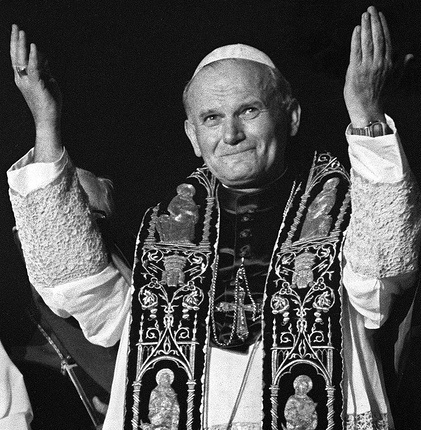 At first Bill Murray found it cruelly, intolerably boring to be stuck on the same day. But, after a while, he learned how to live that one day well, He saw the same people, in the exact same situation as he had seen them before, over and over again. By repeating the process, he eventually learned that each encounter with another human being presented him an opportunity–an opportunity to be kind.

His character had lived a selfish, arrogant life. But, by virtue of repeating the same day over and over again, he grew into a soft-hearted, generous gentleman. So maybe there’s hope for me yet.

Have things changed since I last saw you, dear Rocky Mounters and Martinsvillians? This isn’t a movie after all; two years of real history have elapsed. Some of our parish family members have died. And we have new members, too: new arrivals from other places, and new babies sent by God.

God gives growth. When I left, the bushes around St. Francis, outside the front door of the church in Rocky Mount, did not rise so close to his head as they do now. And the pine saplings they planted along the Dick and Willie bike trail in Martinsville, while I was stationed here before: those trees now stand almost twenty feet tall. God gives growth.

But, for us, spiritual growth requires taking up a cross. Over these past two years, I don’t think it has gotten any easier to follow the Lord faithfully in this world. The world has not grown more hospitable for the Christian life. I don’t think any of us have turned on the tv, or checked our facebook, over the past two years and thought: Oh look! There’s less temptation to pride–and self-indulgence, and despair–there’s less evil in this world than there was before!

Don’t think so. So we need to stick together, now more than ever. We need each other. We, the mystical Body, who have been baptized into Christ’s death, so that we might live His newness of life. And, as St. Paul put it: Christ’s life is “for God.” “He lives for God.”

To live for God is our duty, our business, our common undertaking together. Bishop DiLorenzo has given me the honor of serving as pastor of St. Francis of Assisi and St. Joseph. When he first gave me that honor, six years ago, I wrote a little sonnet about it. I managed to dig the poem up.

How do I love the cluster?  Let me count
the ways, like Will Shakespeare of old would do.
The first:  a five-speed, four-wheel steed to mount
and burn the road between the parishes two.

The second?  These two fine towns to explore:
Both Piedmont villes, of character diverse.
In one, lake and farm folk both shop the stores.
The other is the NASCAR hero’s nurse.

Throughout the rolling counties, I descry
fertile fields for the sewing of the seed,
and a band of eager discipulae,
attentive to our Church’s every need.

O Lord, how great You are in every act!
May we, like You, great many souls attract.

…I am honored and humbled to serve. Thank you, dear old friends, for welcoming me back so kindly. As you may remember, we had the privilege of celebrating together both the beatification and the canonization of Pope St. John Paul II–in 2011 and 2014, respectively. I think everyone knows that he is my hero. He was born exactly fifty years and six weeks before me. And he was created a cardinal exactly fifty years ago this week.

In other words, at the same age: he became a cardinal, and I become pastor of Rocky Mount and Martinsville again. I don’t envy him; I think I have the better place.

4 thoughts on “Back to the Future, Cluster Edition”