The baby’s name is… Mary and Joseph’s hometown was… Nazareth. So the baby’s full name, the way he would have been listed in the phonebook, if they had phonebooks… Jesus of Nazareth. [Spanish.]

Also: He had “titles.” Important people have titles, and Jesus of Nazareth is the most-important Person ever. …Christ, Messiah, Son of God, Son of Man, Lord… How about, “Son of ______, have pity on me; have pity on us!” We read in the gospels about a number of occasions when people who needed help called out to Christ, addressing Him as Son of…

Need a hint? He was born in Bethlehem, the City of… And on the very last page of the Bible, we read about Christ calling Himself  “the root and offspring of…”

The Messiah came from the House of David. What can we say about King David, who had lived a thousand years before Christ? He was small. He had courage. He defeated Goliath–not because the boy had extraordinary prowess in battle, but because God took David’s side.

King David loved to sing to the Lord. He fell into lust and homicide. He repented and prayed for mercy from the Lord. He received it, and he learned from his failure. David became a humble king who feared offending God more than anything. 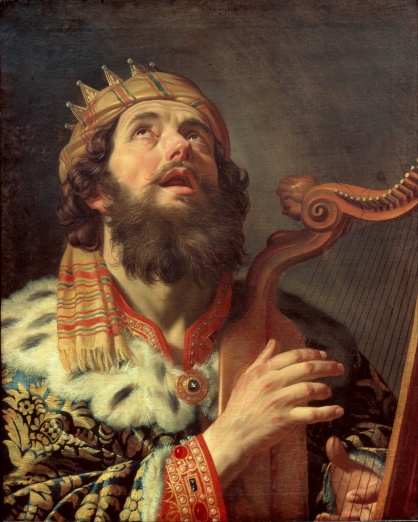 Now, we could come up with a hundred reasons why the Holy Bible comes across as perfectly believable, to any earnest reader. But the way the books of Samuel recount the life of King David—that has to stand near the top of that list. The Messiah born in Bethlehem is the descendant of a man to whom we can all relate. The Christ sits on the throne of a real, imperfect human king.

Now, one thing we all want to know is: What is the central turning point of history? How and when does hope dawn for this suffering world? How does a change for the better begin?

Maybe this all sounds strange, but it isn’t. It’s actually very familiar. Every generation experiences the temptation of thinking: We now have the answers that our ancestors didn’t. We now know how to behave properly. We are finally cleaning this world up, cleaning up the mess that our ancestors left us.

Now, don’t get me wrong: It’s a great thing that men like Harvey Weinstein finally have gotten the comeuppance they deserve, for trying to take advantage of their authority in the workplace. But: let’s not kid ourselves about when the idea first got hatched—the idea that men shouldn’t prey on women with less power than them. It’s not a new idea. You can read all about it in sermons by St. Augustine, from around the year 400 AD, or sermons by St. Bernard, from around the year 1150 AD. 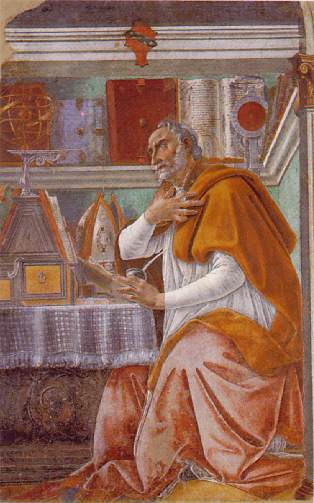 My point: Today, the birthday of Jesus of Nazareth, Son of God and Son of David: Today is the day when hope dawned in this needy world. He—the Person, the real man—Jesus Christ: He is the truly New Thing that the world needs. His coming is the only real “Revolution.” No idea, no technological innovation, no political process or social arrangement can begin to approach the true newness brought into the world by this baby.

And He came to heal a world full of people like King David. People who aren’t perfect, but who trust in God and know how to ask forgiveness. Not super-talented people, or razor-sharp minds–but humble souls who love to sing to God.

2,017. 2,018. These are not meaningless, throwaway numbers. These numbers measure precisely the on-going duration of the real “New Age,” the real “revolution.” The age of hope, of liberation from the evils of this world.

The last hundred years saw plenty of instances when people got impatient with the course of Christian history. They forgot that Christ is patiently dealing with a race of imperfect King Davids. The revolutionaries of the 20th century imagined they could start something newer and improved, better than Christianity. And in the process they managed to kill innumerable innocent people. We already mentioned the Russian Revolution and its aftermath. There’s also the supposedly glorious revolutions of China, Mexico, Cambodia, and others. And let’s not forget the millions of innocent unborn children killed right here in the USA, in the name of the so-called Sexual Revolution of the 1960’s and 70’s.

The history of the last century proves one thing, above all: We can’t improve on the change for the better that Jesus Christ brought to this world. And nothing is more dangerous than imagining we can.

Today, let’s find our peace in the truth. The world has indeed changed from bad to good. In Bethlehem, on a cold, quiet night. A Savior was born, the heir to throne of David. This baby has the power gently to heal sinners.