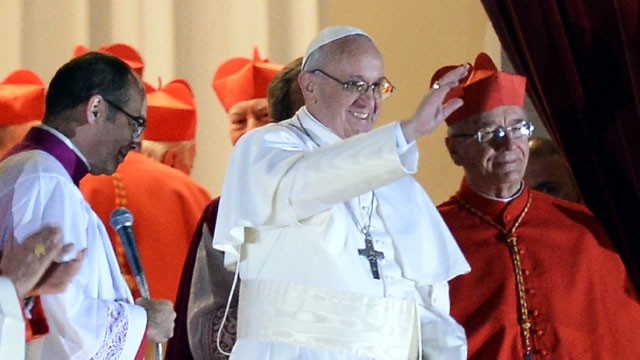 Allow me to narrate the life and times of Theodore McCarrick’s abuses, as we now know them. Along the way, we will encounter plenty of red herrings–that is, facts the require attention, but which do not help us determine what the pope should do. Just stick with me to the end, please.

Ordained a priest in 1958, McCarrick baptized a baby boy named James. In the early 1970’s, when James was eleven, McCarrick began to abuse him sexually. Also, McCarrick fondled the genitals of a high-schooler named Mike, in the sacristy of St. Patrick’s cathedral, and menaced the boy in the bathroom. All of this remained a secret until this summer.

While a bishop and archbishop in the 80’s and 90’s, McCarrick manipulated seminarians and young priests into sleeping with him. Meanwhile, he continued to abuse James sexually.

In the year 2000, a seminary professor accused McCarrick of seducing seminarians into immoral acts. That accusation reached the Vatican. Pope John Paul II made McCarrick Archbishop of Washington, and created him a Cardinal, anyway.

In 2004, McCarrick’s former dioceses paid out a secret cash settlement to a seminarian/young priest that McCarrick had slept with. Although the business involved only adults, paying a settlement recognizes that McCarrick had abused his victim. (If it were all free and consensual, there would be no question of paying damages.)

A file in the Vatican contained information about this settlement, as well as other accusations against McCarrick. John Paul II did nothing.

In 2007, another settlement in New Jersey: McCarrick’s file in the Vatican got thicker, with more clear evidence that he was a sexual predator.

In 2009 or 2010, Pope Benedict apparently took some action to discipline McCarrick, but with no discernible effect on the then-Cardinal’s life.

In 2013, Pope Benedict resigned. Francis succeeded him. In June of that year, Archbishop Carlo Viganò told Pope Francis about the file on McCarrick and warned the pope about the danger McCarrick posed.

Then, in 2017 or 2018, Mike finally had a forum in the Archdiocese of New York. He spoke about what McCarrick had done to him. In June of 2018, Pope Francis took action, suspending McCarrick from public ministry. Then, in July, James spoke out. McCarrick resigned from the College of Cardinals.

The story has heroes: Mike. James. The people who listened to them and helped them try to bring McCarrick to some kind of justice. The seminarians and young priests who tried to blow the whistle on McCarrick back in 2004 and 2006.

We still do not know anywhere near everything we need to know, about any of this. As mentioned above, it appears that a great deal of information is contained in a file on McCarrick in the office of the Congregation of Bishops in the Vatican.

Why has that file not been made available to us? I mean those of us with a legitimate interest in this case–which, because McCarrick had such prominence in the Church here, certainly includes all the Catholics on the eastern seaboard?

Maybe one or more of the victims insisted on secrecy? Maybe that is why some or all of the file remains secret? If so, fair enough. But the Holy Father, or his spokesman, could say so, if that’s the reason.

This story has no real heroes among the clergy. But we do have to thank Archbishop Viganò for providing a great, great deal of the information narrated above. His testimony has filled out the picture enormously.

When Pope Francis learned about McCarrick’s file, in June of 2013, the then-Cardinal was 83 years old. He no longer held a particular care of souls.

On the other hand, he continued to enjoy prominence in the Church. He was not homebound. Many of us saw McCarrick at the Cathedral of the Sacred Heart in Richmond on January 12 of this year (when we joyfully witnessed our bishop take possession of his throne.)

Also, as of June 2013: No one had accused McCarrick of abusing minors (at least as far as we know). McCarrick had, in fact, abused minors–but Pope Francis likely did not know about that abuse.

What the pope did know: McCarrick had repeatedly used his authority as a bishop to gratify his sexual perversities. leaving a trail of abuse and shattered lives in his wake. The pope had all of that information.

Let’s remember: One man has the responsibility for disciplining Cardinals. One. The pope.

You have a file containing substantial evidence that this 83-year-old Cardinal is a predator priest. What do you do?

Our Holy Father did nothing. At least nothing that we know of. And it appears that he would have continued to do nothing, had not Mike and James spoken out.

Should Pope Francis resign because of this?

Consider what has happened after the publication of the secret clergy files in Pennsylvania. Consider the damage to our Church. Damage that could easily have been prevented. Almost all the cases were decades old. If the bishops had only examined their own files, and had taken it upon themselves to see that justice got done somehow, then the grand jury would have had nothing to report.

Now, consider this: The catastrophic damage that the Church has suffered this summer–all of it ultimately comes from two places. The chanceries of the dioceses of Pennsylvania. And the Vatican–the place where Theodore McCarrick’s file is.

If the Pope had disciplined McCarrick in 2013, when he knew that McCarrick was a sexual predator, where would we be today?

Not in some kind of La La Land, to be sure; this pilgrim life always involves suffering and tears. But the one, holy, catholic, and apostolic Church would be in a far, far, far better place than we are now. Unimaginably better.

If the incumbents of those episcopal sees had acted uprightly with the contents of their own files. Yes, the crimes narrated in those files occurred under the watches of your predecessors. But only you, incumbents of those sees, had access to all this evidence. No one else had access. You had to deal with it. It was your duty.

Who am I talking to? The incumbents of the sees of Pittsburgh, Erie, Greensburg, Harrisburg, Scranton, Allentown, and Rome.

Should Pope Francis resign? Dare I use his words from the plane?

Draw your own conclusions.

7 thoughts on “Should the Pope Resign?”