Lord Jesus gave the homily in his hometown church. At first they loved and praised Him. But then He brought up some painful facts. [Spanish]

‘Our prophet Elijah did not save one of our widows from starvation. He saved a pagan widow–a Gentile foreigner. And our prophet Elisha did not cure the leprosy of one of our Jewish generals. He cured a Syrian who didn’t even want to wash himself in our Jordan River. He thought of it as a muddy creek. But our Elisha healed him in those very waters anyway.’

So the Nazarenes got mad at their countryman for pointing out that God loves the Gentiles as much as the Jews. As you will likely get mad at me, before I’m done here.

Most of the world now knows that there’s a Catholic boys school in Covington, Kentucky. At least everyone with a smartphone knows it. And everyone knows that a group of Covington-Catholic boys traveled by bus to Washington, D.C., to march for life. To stand up for the innocent and defenseless unborn children—the most vulnerable class of people in contemporary America.

After the March ended, the boys visited the Lincoln Memorial. In hindsight, they now think to themselves—and all those who know and love them think—they should have stayed inside the Memorial, quietly reading and meditating on the Gettysburg Address. It’s chiseled into the marble wall. 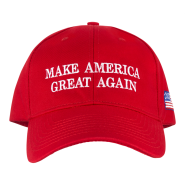 Instead, the boys stayed outside. And mixed it up with some strange characters.

A dishonest person made a cellphone video, and accused the boys. ‘They surrounded a Native-American man beating a peace drum! Then mocked him and threatened him! An aggressive racist mob!’

Once the video hit the internet, another aggressive mob took over. The social-media mob. A bandwagon of moral indignation. ‘These boys should be expelled from school! They make us Catholic pro-lifers look bad! They stand for everything racist and unjust in this country!’

I myself first saw the “viral” video late that Saturday evening, when I “checked my Twitter.” I did not at first notice the “Make America Great Again” caps that some of the boys wore. I just saw high-school kids making more noise than they should, as high-school kids often do. And a Native-American man beating a drum endlessly for no immediately apparent reason. And a staring contest that made no sense.

I watched the video with my own particular interest, because I know that spot very well, as I imagine many of us do. One of my college jobs involved giving tours of the National Mall. Dr. Martin Luther King Jr. gave his “I Have A Dream” speech right where the famous video was shot. The east staircase of the Lincoln Memorial, at the western end of the Reflecting Pool. A uniquely beautiful place, a place for quiet reflection—not for beating drums, or school chants, or staring contests.

But, like I said, when I watched the video, I didn’t notice the MAGA hats at first, because I’m not a particularly observant person. But a lot of people did notice the hats. That’s why they jumped to unreasonable conclusions. As they checked their Twitters and facebooks that Saturday, they saw the caps, and they immediately suspected the boys of harboring ill will towards non-whites.

Not fair. Not fair to judge the morals of a high-school boy, based solely on his cap. In the ensuing days, the truth emerged, about what happened between the boys and the Native-American with his drum. The boys had not mobbed anyone. The original viral video had a context. Other cellphone videos, recorded at the scene, revealed the full sequence of events. Then some people in the original social-media mob faced up to the truth and admitted their serious mistake. They looked in the mirror and realized that they had done to the boys what they had accused the boys of doing. Forming a cruel mob.

But, we’re not done here yet, fellow Israelites. We cannot simply say: Vindication for the good, pro-life boys; episode over. No.

The political life of our president began years ago. That is, it began when he claimed that our previous president, the first non-white President of the United States, actually came from Africa, not the USA.

Then Donald Trump began his campaign for president with a particular premise: Namely, that Mexicans steal, rape, and murder.

Ok. The whole business at the Lincoln Memorial upset a lot of people. And I probably upset you, by even bringing it up. Do what’s the antidote?

Guess what? Ain’t hard. The antidote is: Going to Mass.

But the fundamental social network—it’s not on the internet. It’s at the holy altar of Jesus Christ. Where people actually know each other, and give each other the benefit of the doubt, and recognize each other not as “legals” and “illegals” but as: fellow sinners in need of God’s loving mercy.

I have probably said something that makes you mad. But I’m just trying to do my job as a priest–whose main job is: to say Mass. Holy Mass is the opposite of a viral video causing a “Twitter storm.” At the altar of Jesus Christ, dear reader, we can actually find peace with each other.

14 thoughts on “At the Lincoln Memorial”