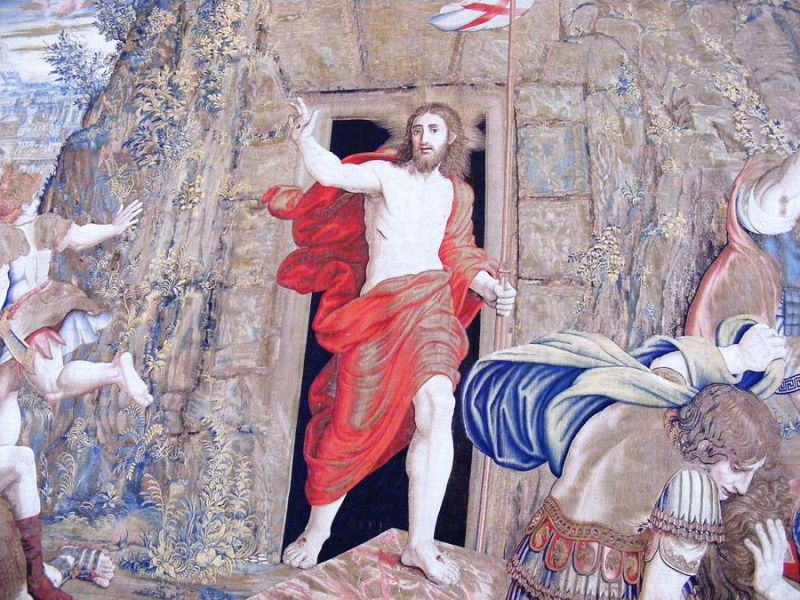 The stone that the builders rejected has become the cornerstone.

The Lord has built something eternal for us, an indestructible stronghold. It is wonderful in our eyes. Our eyes of faith, that is.

It is the Body of Christ, risen from the dead.

In the parable we read at today’s Holy Mass, they didn’t kill the son and heir because he came from China or tested positive for anything. I think we can imagine that he came unarmed and humble, in peace. Seeking concord, seeking friendship. He did not try to compel anyone to do anything, but rather appealed to the tenants’ consciences. He believed in their sense of fairness and duty. He looked to them to acknowledge what they owed to their landlord.

This infuriated them. Because they had long since given up caring about the truth, or about love, or about God and His eternal justice. Instead, they lived for short-term satisfactions.

Which left them desperately unhappy and hopeless. The son and heir came to them with such beauty, that they hated him. Just like our ancestor Joseph’s brothers hated him and wanted him dead, because Joseph had the beauty of inner harmony with divine wisdom.

Bishop has lifted the obligation to attend Sunday Mass from everyone sixty or older. Also, anyone with a chronic illness or immune-system deficiency. Also, anyone caring for those in these categories.

We will get through this. Christ has conquered.

2 thoughts on “Cornerstone of Indestructible Edifice”