Back in 2009, a terrible train collision killed nine people in Northeast Washington, DC, on the Metrorail. It took place one stop north of Catholic University, where I was a student for most of the 1990’s, riding the Metro daily. 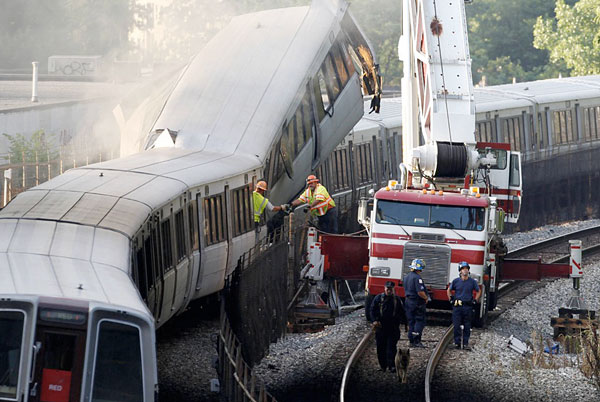 I rode the Metro daily for decades. In 1976 my brother, my father, and I rode the first-ever Metro train run, along with the mayor. (My dad worked for him at the time; I was five and my brother three.) 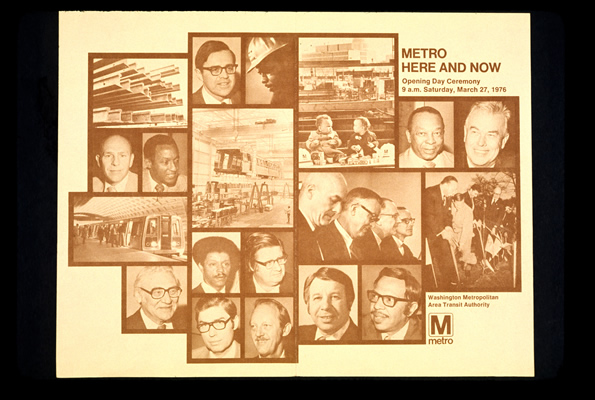 Last month I rode the train through Tuscany, where they make train cars. It reminded me of the service problems the Washington Metro experienced during the early years.

There weren’t enough train cars. The first order of rolling stock for the Metro came from Georgia. But then we waited, through the early- and mid- of the 1980’s, for a second and third order, both from Italy.

In the early eighties, you often had to wait 20-30 minutes for a Metro train to come. Then the Italian orders arrived, and everything changed: trains every few minutes. Ridership began to grow steadily, right alongside the growth of the metro area, until 2008.

(I just checked, and there are 280 cars still in service in the Washington Metro, from the order of 290 that arrived from Italy in the mid-eighties.)

Not for nothing, but these 3000 series railcars – which first hit the tracks in 1984! – are sounding pretty smooth as they roll along. @nbcwashington #wmata pic.twitter.com/ERTpORZo8b

Thank God those 280 old cars are still around, since Metro announced this week that the entire 7000-series of rolling stock, acquired in 2015, will have to be taken out of service for an indefinite period of time because of a safety problem.

D.C.'s Metro system abruptly pulled more than half of its fleet off the tracks after a train derailed three times in one day last week. @AdamTuss talked to metro employees who say they've known about the safety issues for years. pic.twitter.com/B6HfxSBoH9

Now history is repeating itself: 30-minute+ waits for a train to come.

I noted back in the summer of 2009, after the heartbreaking crash, that things would never be the same for the Washington Metro. They haven’t been. Ridership has decreased since then, even as metro-area population has risen. In 2008, the Washington Metro system averaged 752,000 trips per weekday. Then ridership began declining annually. When it plunged 85% last year because of coronavirus shut-downs, that drop actually fit into the longer-term trend.

And now this: Yesterday morning during rush hour, the system had only 23 trains running, on six lines. It is a sad, sad spectacle. The doldrums of the early 80’s have returned, but without the promise of a better future this time.

I remember watching this now-quaint little movie as a kid, at the public library down the street from our house.

Things have not turned out so well.

One thought on “Metro Trains”