“Your arrival has emboldened me to ring for tea.”

“You have no medical knowledge. You are not in Holy Orders…”

“You might think, living in digs, that I don’t know what goes on in college. But I hear things.”

“I swear it’s a pleasure to clean up after him.”

“Cousin Melchior came up a cropper! …Don’t you miss your national game?”

“Rex Mottram doesn’t correspond to any degree of paganism known to the missionaries.”

Longtime readers know that we do fancy Brideshead Revisited.

The tale has many charms—as many, perhaps, as the Flytes themselves have.

Something possessed me to take the 2008 movie version out of the library. I had forgotten that knowledgeable individuals referred to that particular adaptation as “Brideshead Eviscerated.”

Not just because pikers turn up to play the roles once occupied by giants. Wait a minute—Sir Lawrence Olivier (a man of Byronic aura indeed) has been replaced by some pasty-faced roué? The cadaverous Casaubon of “Middlemarch” (Patrick Malahide) has replaced Sir John Gielgud? Okay: Emma Thompson. But Clair Bloom (Lady Marchmain in 1981) matches her point-for-point. Languid young Jeremy Irons has been replaced by a paler, clueless version of himself who doesn’t know how to smoke.

But, the main thing, the main casting lacuna in this shambles of a 2008 movie: Beautiful Anthony Andrews, the Adonis whose measureless attractiveness made all the bizarre love triangles of the 1981 BBC version make sense—the amusing young gentleman, who believably crawled around the floor looking for Kurt’s lost cigarettes—unforgettable, bewitching Anthony Andrews has been replaced by some effeminate young man who looks like Morrisey’s emaciated nephew. Please.

But that, dear reader, ain’t all.

He loved it because it hurt, because it’s true, because God’s grace really does operate on us through the sacraments. The novel unfolds the unconquerable love of God that has pounded its way through all the human centuries with the same relentlessness with which Father Mackay keeps coming back to visit Lord Marchmain on his deathbed.

Now, to be honest with you, I find the novel overly heavy. Waugh was a master of depressing little details. The 1981 miniseries, in my opinion, adds some panache to the story–but still I find the later episodes too dreary to deal with. I simply cannot endure Charles Ryder, neither the character in the novel, nor the endlessly smoking Jeremy Irons.

But, nonetheless, the theme of Brideshead Revisited, novel and faithful 1981 adaptation, shines majestic and unmistakable: the ancient faith conquers. It conquers every complexity of life, swallowing it all up in an ocean of beauty. The very act of creation is a divine mercy, and the arcadia of our youth will endure, as soon as we let go of everything we grasp so tightly, so desperately, so selfishly. (And this will also result in our having good manners while we continue our short sojourn in this veil of tears.)

This sorry excuse for a 2008 version grasps self-righteously, ham-handedly, and nonsensically at a delusion. It engages in the ridiculous conceit that the Flytes Waugh created can be charming–at least Julia, Sebastian, and papa anyway–without Catholicism being true.

The Flytes are endlessly charming, all of them. Catholicism is true.

Today is the 1,751st anniversary of the martyrdom of St. Lawrence the Deacon. Last fall, we highlighted the Holy Father’s visit to St. Lawrence’s tomb…

…We will discuss the court case that led America magazine to call New York Supreme Court Justice John E. McGeehan “an American, a virile and staunch American.” But first, let’s consider one of Bertrand Russell’s reasons for not being a Christian.

Russell regarded the Catholic doctrine of natural law to be irreconcilable with human freedom. He confused natural law with scientific “laws of nature.”

All just law proceeds from the Eternal Law of God for the good of everything that is subject to it. Law liberates its subject to attain fulfillment and goodness.

Creatures that do not possess intelligence are governed by the intelligence of the Creator Himself. Flowers bloom because they follow the law that the Creator inscribed in their flower-ness.

Natural laws of this kind are laws of sublime intelligence, inscribed in unintelligent nature for the good of the governed.

Intelligent creatures, on the other hand, possess the capacity for self-government. This is the natural law for man: that we govern ourselves according to reason.

This does not give us unlimited freedom. We are not, after all, unlimited beings–only God is. Our scope of freedom is determined by our human nature: we are rational animals, destined for the glory of God.

In other words, we possess the degree of freedom which is good for us. We have the freedom to do good and avoid evil. By doing good and avoiding evil, we… 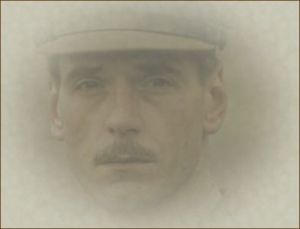 3. Advance toward our ultimate good.

…”Then, at the age of 39, I began to be old.” –Captain Charles Ryder, at the beginning of the BBC version of Brideshead Revisited (based on the novel by Evelyn Waugh).

Your unworthy servant was born on a hot summer morning in 1970.