I think most Christians have forgotten the controversies that gave rise to Protestantism, when it first started. One of the problems had to do with prayers for the dead. The Protestant thinking went like this: since sometimes Church authority has encouraged people to pray and make sacrifices for the dead in a way that seems un-Christian–like asking for money for indulgences–therefore it’s best not to pray for the dead at all.

That controversy has passed into the mists of history. Prohibiting prayers for the dead clearly runs contrary to one of the deepest inclinations of the Christian spirit. But a deeper question, which lay underneath the controversy, still has to be faced, now more than ever: What exactly is the point of a Christian funeral?

#1. Reason numero uno: We believe in the resurrection of the body. The Lord Jesus rose on the third day, in the body with which He had made His earthly pilgrimage, formed originally in the womb of the Virgin. Christ ascended into heaven bodily, flesh of our flesh. And He promised to come again, at which time all the dead will rise from their graves, just like He rose from His.

This is the Christian faith.

During the 20the century, some Christians decided to get fashionable and try to interpret the resurrection of the body, which we confess in our ancient Creed, in a ‘spiritual’ or ‘figurative’ sense. But, as St. Paul put it: that would make us the most pitiable of men. We believe in the promises of Christ more than we believe our own eyes—at least we should believe Christ’s promises more. The dead will rise. We rest in the earth after our bodily death, but not forever.

We have no choice, then, but to treat the bodies of our deceased loved ones with the most loving reverence. This flesh will course with life again. Arbitrarily to destroy the remains of our beloved dead—which is what pagans do—Christians do not do that. Certain things distinguish Christians from pagans—like loving the poor more than money, like having joy in the midst of suffering—and this one: We lavish love upon the bodies of our dead.

END_OF_DOCUMENT_TOKEN_TO_BE_REPLACED

Indeed, the Son of God was revealed to destroy the works of the devil. (I John 3:8)

Will it sound too grim if I wish you all well–during another year of strife? Will it sound even grimmer if I remind you that not all of us will be on earth on New Year’s Day, 2013?

I do not wish you unnecessary struggles. After all, at every Mass, the priest prays on everyone’s behalf that the good Lord would deliver us from all distress. The priest prays that He Who promised peace to His Apostles would fulfill his will in us and grant us peace.

But why did St. John have to write his letters? Why, after all, did all the human authors of the New Testament documents feel the need to write?

In this world, we will have troubles, says the Lord. “But take heart; I have overcome the world.”

God took our human nature to Himself, became man, set His feet on the earth, showed signs of His divinity with miraculous wonders—and we proceeded to crucify Him.

The Apostles wrote because the beautiful and simple Word of Truth had been, in certain quarters, distorted and maliciously misunderstood. They wrote because a battle ceaselessly rages between the pure love of God the Father and the agonizingly confusing destructiveness of the Evil One.

END_OF_DOCUMENT_TOKEN_TO_BE_REPLACED

The Via Appia runs southeast of Rome. A number of ancient Christian cemeteries can be found on this road, including the catacombs of St. Callistus. They bear his name because he cared for and beautified this cemetery.

Pope St. Callistus was martyred during a persecution brought on by one of the Roman imperial lawyers. The martyred pope was buried 1,789 years ago today. 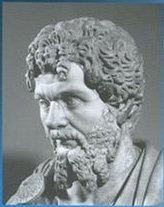 A century later, another emperor persecuted the Christians. He despised Christians as “atheists,” because they would not sacrifice to the Roman gods.

But Julian grudgingly acknowledged that Christianity had made enormous headway, owing to the three distinctive characteristics which Christians had:

1. Their kindness and charity to strangers.

2. The gravity of the way they carry themselves.

3. Their care for the burial of their dead.

Let me quote the emperor on this last point:

They bury their dead with modest religious respect, which is most movingly expressive of their firm hope in the resurrection, in which they regard the mortal remains of their dead as precious in the eyes of God, who watches over them, regarding them as the apple of his eye, to be raised one day in the brightest glory, and made shining lusters in the heavenly Jerusalem.

…If so, you have come to the wrong place.

Do we live on “in memory” after we die?

When I visit my dear father’s grave, I also visit the graves of my great-great grandparents. They are buried next to my father. Their graves are well over a century old.

They were dead before my father was even born. I never knew them. I can say without the slightest doubt that there is not a soul on earth who remembers anything about my great-great grandparents. I may be the only one who ever gives them a thought, which I do when I see their grave markers, and I pray that they will rest in peace.

Someday, a century or two from now, no one on earth will remember any of us.

A century or two after that, our graves themselves will be forgotten, their markers destroyed by some force of man or nature. All memory of us will be wiped off the face of the earth.

Shall we not, therefore, hope in Christ? 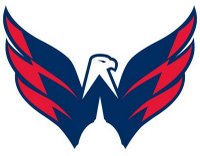 What other hope do we have?

Either we hope to live forever in Him, or we accept the inevitable darkness of utter oblivion.

Also–I root for the Caps!

The Metropolitan Museum of Art in New York has housed a collection of Arms and Armor for a hundred years.

In the 1920’s, art snobs complained that suits of armor do not belong in world-class museums filled with paintings by such geniuses as Pablo Picasso.

Au contraire: Many suits of armor are exquisite works of art.

One may discover this fact for oneself by visiting The Art of Power, at the National Gallery of Art in Washington. It is just about the coolest museum exhibit ever.

…Back to El Greco: His most famous painting is “Burial of Count Orgaz,” which is in a church in Toledo, Spain.

One of the benefactors of the church was such a good and pious man that, when he died, Saints Stephen and Augustine came down from heaven to lay the dead man in his casket.

The painting is so grand, it opens heaven up to our contemplation.

But for many of us the most excellent thing about the painting is…the vestments worn by the saintly clerics.

If you zoom in on St. Stephen’s dalmatic, you can see–right beside the little boy, who is supposedly painted to resemble El Greco’s son–a tiny little El Greco painting of the first Christian martyrdom, as embroidery on the vestment. (St. Stephen is the first martyr.)

An ancient church in Jerusalem houses the places where Christ died and was buried–and where He rose from the dead.

Upon entering the church, the pilgrim kneels to kiss the stone on which the Lord’s body was wrapped and briefly anointed for burial. This stone is located immediately inside the church door.

After the Holy Father entered the Basilica of the Holy Sepulchre today and kissed the anointing stone, he spoke at the tomb of Christ. Among other things, he said:

As Christians, we know that the peace for which this strife-torn land yearns has a name: Jesus Christ. He is our peace, who reconciled us to God in one body through the Cross…

Into his hands, then, let us entrust all our hope for the future, just as in the hour of darkness he entrusted his spirit into the Father’s hands.

In the hour of darkness: “Father, into your hands I commend my spirit.”

Trust. God is in charge of tomorrow. (And the rest of today, for that matter.)