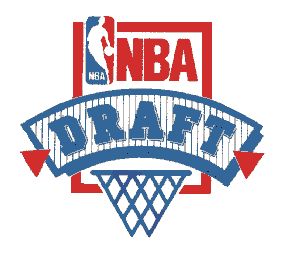 Detroit drafted former-Georgetown Hoya DaJuan Summers in the second round of the NBA Draft. He was the 35th pick overall.

I thought Summers should have stayed at Georgetown. If he improved on his poor junior-year showing, he would be in a much stronger position a year from now.

But Summers’ being picked for the NBA makes a lot more sense than Spaniard Ricky Rubio being picked fifth (by the Minnesota Timberwolves–after the Wizards traded away the pick). 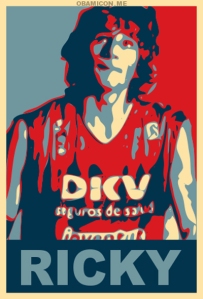 If you were tuned into every moment of Olympic basketball last summer, you will remember Rubio as Spain’s short guard who attempted a lot of nifty passes.

I will be a monkey’s uncle if either Summers or Rubio ever makes much of an impact. But DaJuan could school Rubio up and down the court any day of the week.

The whole Rubio rage is just weird. Someone spiked the Kool-Aid in Minnesota. The Wizards got the better end of the deal. 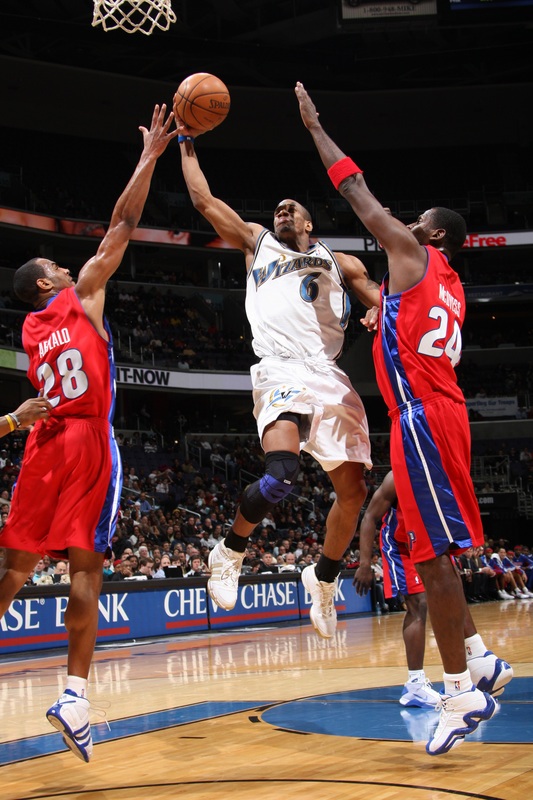 As perhaps you recall, we have been down this road before. (But someone turned Chauncy Billups into Allen Iverson.)

This time, the Wizards actually beat the mighty Pistons!

The Wizards were down by 17 in the second quarter. They rallied. They fought. They overtook the Pistons in the third and never looked back.

The starters were good. The bench was good.

On Friday a friend of mine left me a little note. It was very direct. “Wizards suck.”

She was not taunting me. It was her bitter lament. She is ten times the Wizards fan I am.

(I am STILL getting over the name change. Thanks to my dear aunt taking my brother and me to the Capital Center, I fell in love with the team of Elvin “The Big E” Hayes and Wes Unseld. When I was seven, I learned to yell, “EEEEEEE!” and then yell, “Awwww” if he missed. Meanwhile, I never associated Gandalf with basketball.)

Anyway, the Wizards were 0-1 on Friday, when I received the note. Being a Christian and a priest, I wrote back: “Keep hope alive.”

The Wizards are 0-2 now, but hope endures nonetheless. The Pistons that beat us last night are a seriously good team.

Near the end of the game last night, Phil Chenier said, “If the Wizards had played like this on Wednesday, we would have run away from the Nets by 20 points.”

October 26, 2008October 27, 2008 frmarkdwhite1 Comment
After the Redskins beat the Detroit Lions this afternoon, John Riggins declared on ESPN Radio that the Redskins are “a mediocre, an average team.”

Cannot agree with him. To quote from the strange McDonald’s Monopoly commercial with Dwight Howard: The Redskins have mad skills.

Perhaps the Redskins lack ‘perfect focus.’ There is no doubt that the ‘Skins have a maddening tendency to march down the field, and then not put the ball in the endzone.

But winning games by hook or by crook counts as a mad skill. In fact, it is the most important skill in football.

The exciting thing is this: We play the 5-2 Pittsburgh Steelers next Monday night, November 3, the day after All Souls Day. Yeah, boy: Bring it on!

This WILL be an acid test of the mediocrity or non-mediocrity of the 6-2 Redskins. Monday Night Football. FedEx Field. 6-2 vs. 5-2. NFC vs. AFC. A huge game.

Time to start getting siked.