No I have not bopped over to Rome.

Edmonia Lewis went to Rome, back in 1865. And she made a copy of Michelangelo’s Moses (among other things, not to mention her original works). I think Edmonia Lewis might very well win my prize for most-interesting 19th-century American woman of African descent.

Anyway, her Moses can be found in a charming warren of display cases on the third floor of the American Art Museum in the old Patent Office building in Washington.

I must fault the Smithsonian on this score: They have Michelangelo’s original located in “St. Peter’s” in Rome. While this is, strictly speaking, correct, it misleads. The statue sits in the church of St. Peter in Chains, not in St. Peter’s Basilica in the Vatican.

Which Cardinal of the Roman Church holds the title of San Pietro in Vinculi? Yes. His Eminence Donald Card. Wuerl, Archbishop of Washington. Thus, he presides over the original and the copy.

Plus, we present a Winslow Homer Civil-War painting, “Prisoners from the Front.” 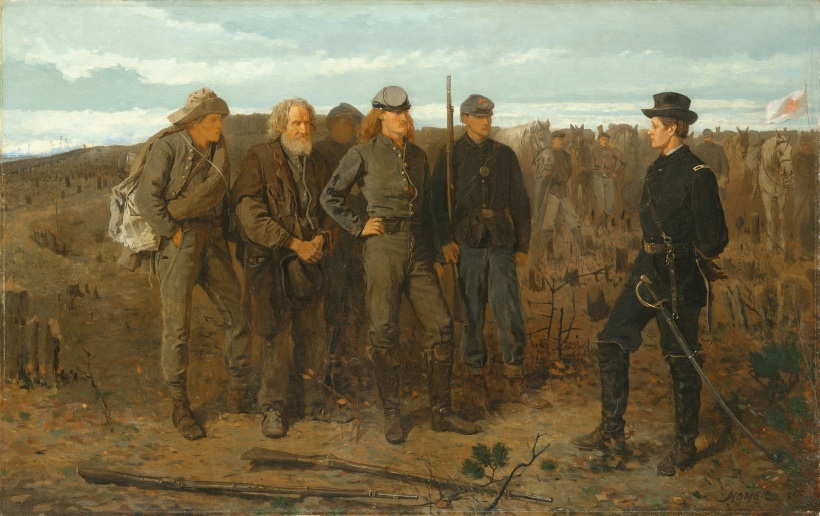