Sooner or later, we have to tackle the mother of all Roman Missal issues: the diversity of human languages.

Where did the Hebrew language come from? Archaeologists and philologists have their ideas. Hebrew came from God, in the sense that everything comes from God. And God used some Hebrew in His dealings with Moses.

When God became man, He spoke the contemporary version of the ancient Syrian language. Greek was the lingua franca of the world. And the people whose ancestral tongue was Latin held sway.

We can say without hesitation that human language exists so that Christ could speak it. If it existed solely for Homer, Shakespeare, Dante, Springsteen, et. al., then human language would constitute nothing more than a glorious and futile tragedy.

As it is, the lips of Christ have made our race’s cluckings and stammerings worthwhile. When the Lord Jesus said, Hoc est enim…, He sealed the whole project with a mighty, definitive breakthrough: Heaven and earth unite at the words.

That said, the Lord Jesus did not of course literally say, Hoc est enim… We figure He spoke Aramaic at the Last Supper, when He wasn’t reciting Hebrew. And I, though I am a somewhat well-educated priest and a semi-devout Christian—I could not, off the top of my little head, supply you with the Aramaic words…

An important sequel followed that pivotal Jerusalem spring. The Apostles fanned-out to the ends of the earth. They established the Church in the great cities, as well as villages and hamlets. The Prince of Apostles ultimately sailed west and watered the soil of Vatican Hill, across the Tiber from Rome, with his blood.

The local churches of Rocky Mount and Martinsville, Va.—coursing with holiness as they may—cannot claim to have begun with a Mass celebrated by one of the Twelve Apostles. Indeed, no English-speaking local church can make this boast; the English language did not exist when the Apostles walked the earth.

The lands around the Mediterranean Sea, and in the now-Arab and Persian domains, and in India—these places saw the Apostles celebrate Mass to begin local churches. The languages of these ancient countries were used in the original rites of the Church of Christ. Pre-eminent among them all: Peter’s church, Rome. 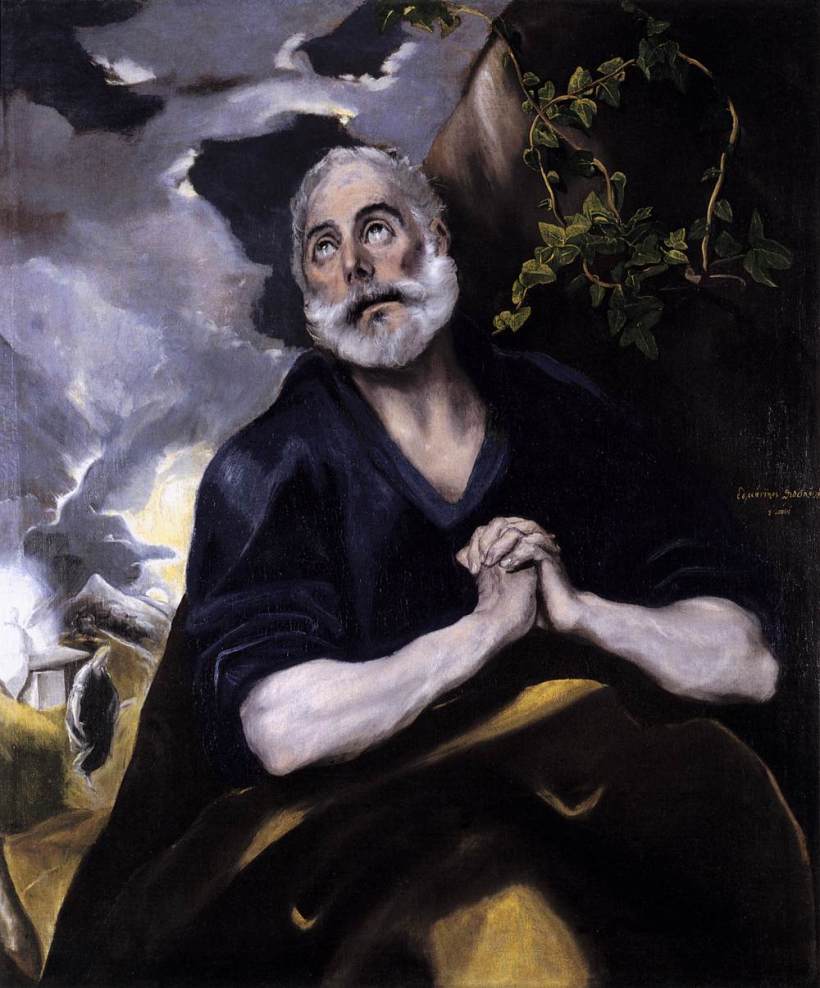 I have no interest in this thesis. El Greco is an L.R.S. Hall-of-Famer by his own merits. He is the greatest painter ever. He is in a class by himself.

I have to admit that I never noticed that St. Mary Magdalene is in El Greco’s Saint Peter in Penitence. She is rushing from the empty tomb, with the angel behind her. (Just to the left of St. Peter’s right elbow.)

…Had enough Christmas sentimentality? Check out this hard-nosed Epiphany poem by another L.R.S. Hall-of-Famer…

…Speaking of Epiphany, it is a good day to mark your calendars with the most important days of the year. Click here, and scroll down to page 3.

Also, here is a homily for the Solemnity, with a little something thrown in for the Feast of the Holy Name:

When the wise men arrived in Bethlehem, they learned something they did not yet know.

END_OF_DOCUMENT_TOKEN_TO_BE_REPLACED

We are sitting at our gate, watching the sun come up, wishing we could start the pilgrimage all over again. There are many things to report…

Before most of you dear readers went to bed on Sunday evening–after the glorious victory–we were already in the Basilica of the Holy Sepulcher.

We celebrated Holy Mass in the tomb of Christ itself, receiving the Lord’s Body and Blood in the very place where He rose from the dead. 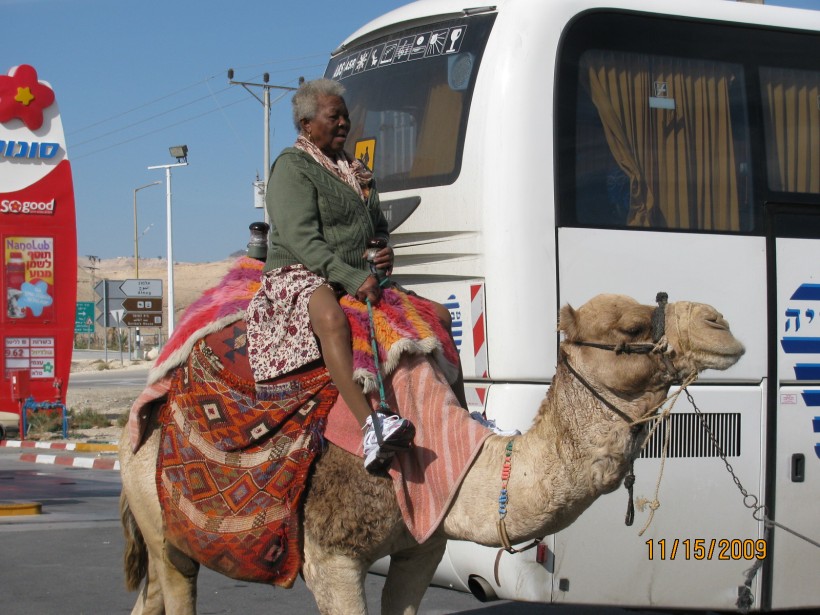 …We visited the Mount of Olives:

At the top of it, the Lord Jesus ascended into heaven. On the slope of it, He taught His disciples the Our Father. He descended it on a donkey on Palm Sunday–we walked down the ancient pathway that He used.

At the bottom we prayed in the Garden of Gethsemane. 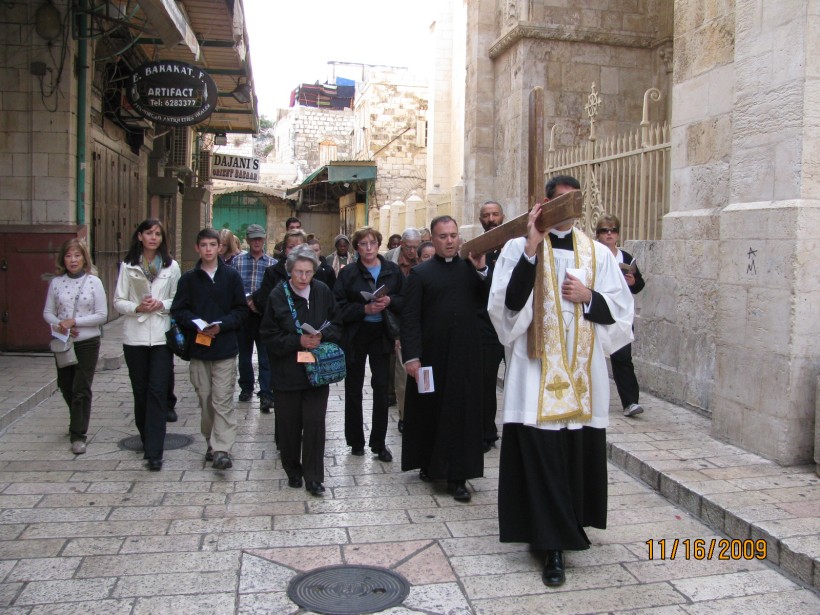 …We visited the Pools of Bethesda. The Blessed Mother was born nearby, in the home of Joachim and Anne, near the Sheep Gate of the ancient wall of Jerusalem, near the Temple.

…Schema, people: I have much more to tell. But it will have to await the gracious period of denouement after a holy pilgrimage.

We will board our flight home shortly. See you back in the homeland.