Wasn’t as hot the first Easter morning as today. But that doesn’t mean that Mary Magdalen’s huffing and puffing to the tomb of Christ involved only easy-going comfort for her. We can imagine that she underwent some strife and strain in order to arrive. She probably endured no less strife and strain than the ancient Israelites did, when they made their way across the desert, following Moses to the Promised Land. But Mary never grumbled hopelessly like they did.

Mary Magdalen suffered discomfort. She suffered anguish, too, when she found Christ’s body missing. But Mary had something which the ancient complainers didn’t have. She was personally in love with God. She was in love with Jesus Christ–not in some unworthy, prurient way; not with a marrying kind of love. Her loved burned all the more because the Lord’s celibacy shone before her like a wall of brass. 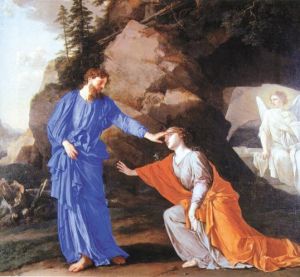 Mary knew the wall of brass would never come down. But she had found in Christ the very love that had eluded her through her earlier life. Namely, a love that saw her fully, beautiful as she was, but asked for nothing. Nothing, that is, other than seeing her truly be herself, seeing her come into her own. Lord Jesus loved Mary that way. And, in return, Mary was grateful–probably more grateful than any woman ever has been, for Christ’s pure love.

So Mary didn’t complain when she encountered her difficulties. She didn’t panic, either. She just kept looking. Where is He? Where have you laid Him, o gardener?

Mary’s perseverance, of course, found its reward. But the reward she received teaches us exactly what her type of devotion can expect, in this pilgrim life. Hopefully, we aspire to have her kind of loving devotion. So let’s reckon with the reward we can expect.

“Stop holding on to me.” No comfort in this world.

“Go to my brothers.” You have work to do.

If we love the Lord like St. Mary Magdalen–which means loving the one Who truly loves us for who we are, loves us with no self-interest of His own, but just because He appreciates how beautiful we can become–if we let Him love us like that, then we won’t really want any comfort in this earthly life anyway. We will long only for the reward of seeing God in the next life. For the time being, we will strain and strive to do His will. His divine gaze upon us, seeing us become all He made us to be: that will be comfort enough for us.

Lord Jesus rose from the dead, fulfilling the mission that the Father had given Him. Christ then said to His Apostles, “As the Father has sent Me, so I send you.” Regarding the people to whom He was sending His Apostles, Christ added, “Blessed are those who have not seen and yet have believed.” That is, because the Apostles and their successors bore witness. Blessed are those who have believed the testimony of the apostles. 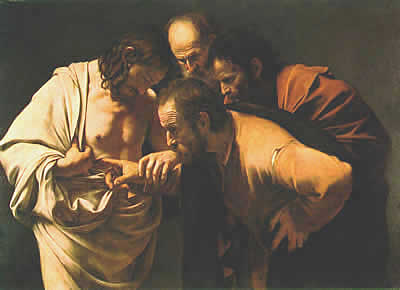 Then we read, from the Acts of the Apostles, “with great power, the apostles bore witness to the resurrection of Jesus.” As St. John put it, these missionaries, these Apostles, begot children for God, because, “everyone who believes that Jesus is the Christ is begotten of God.”

Hence: By virtue of the fruitful mission of the Apostles and all their missionary successors, we have a family. With God Himself for the Father. And, what do we read? In this family, “No one claimed that any of his possessions were his own, but they had everything in common… There was no needy person among them… Those who owned property would sell it, and give the money to the Living Our Mission campaign.” 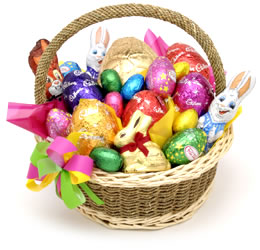 Ok. Let’s imagine that Jesus just recently rose from the dead. After all, in the grand scheme of things, 1,982 years is not a long time. The apostolic mission could last another million years, or billion, or gazillion, for all we know.

So, we do well to consider ourselves among the early Christians. We should count ourselves among the first generations of those who believe in Christ. We are among the early-born children of the heavenly Father, begotten by faith in Jesus. We can consider ourselves practically as founding members of the great family of the Church. This family may yet unfold for another 10,000 or 100,000 or 100,000,000 generations. Provided we don’t melt all the glaciers or have a nuclear war. In the year 202015 AD, they will look back and think of us as having been born just shortly after St. Paul.

So we rightly pray in the Eucharistic Prayer that the Lord would include us in the fellowship of the original saints, like Peter, James, John, Cosmas and Damian, Anastasia, Felicity, Perpetua, Agatha, and Lucy. In the grand scheme of things, all these saints were practically just walking the earth, like yesterday. Just the day before yesterday, St. Peter himself presided over the one, holy, catholic and apostolic Church. Pope Francis is the 266th pope. But, before everything is said and done, there could be 266,000 popes. Only God knows how many popes there will be.

Therefore, let’s consider ourselves on the ground floor, so to speak, when it comes to the mission.

Shouldn’t we, then, have the same spirit among ourselves as they had in Acts, chapter 4? A community of one heart and mind? Doesn’t mean we don’t have disagreements and rub each other the wrong way sometimes. Among those who had “one heart and mind,” according to the Bible, some had been circumcised and some had not. And some of the circumcised men insisted that the uncircumcised had to get themselves circumcised. And, of course, that would be without general anesthesia, or even local. Meanwhile, the uncircumcised men certainly did not have a mind to be circumcised without anesthesia on a Saturday afternoon, before evening Mass.

So they had disagreements, to be sure. But they trusted in the loving power of God, in the promised Holy Spirit. They trusted that faith, hope, and love, would get them through, so long as they stuck together.

We had a hard winter this past winter, here in these parts. We had some Sundays when trying to drive to church posed a little danger. And, of course, as a family of faith, we have our misunderstandings among ourselves, our bad moments, our stresses, our sicknesses–plenty of difficulties to get through together.

Now that winter is over, praise God! hopefully we all perceive just how crucially important it is for us to be at a particular place when it’s time for Mass. Namely: church.

The idea that early Christians, original Christians, founding fathers and mothers of God’s family on earth–the idea that those who someday will be legendary heroes of Christian faith, the idea that such people would miss Mass without some kind of seriously serious reason–like having been arrested, for instance, for having tried to tell people about Christ–the idea that original, founding-father and -mother Christians would choose something else over attending Mass? Absurd, or course. As we read, they held everything in common, they loved each other like a family. The uncircumcised men would have bit the bullet if they had to…

May the good Lord keep us united in love, in faith. And may He help us always to be generous with each other. Our generosity with each other begins with our presence at Holy Mass every week.

If you’re like me, whenever you walk out the door of the house to go somewhere, you touch the pocket where the keys need to be, to make sure they are there. Ok. Leaving the house. Keys? Check.

Now, the Lord Jesus had some pretty splendid and dramatic conversations with people, while He dwelt here on the earth.

Like His colloquy with Pontius Pilate. In that conversation, Christ’s humble and honest statements about His mission exposed Pilate’s utterly craven cynicism.

Or the Lord’s multiple dramatic conversations with St. Peter. In one, Peter expressed the true faith of the believing Church, by saying “You are the Christ.” In another, Peter betrayed the perpetual self-delusion of the members of the Church, by saying, “I will die before I see you suffer.”

Or how about the Lord’s endlessly fascinating conversation with Nicodemus? In that one, Jesus revealed the true origin of enduring life. “You must be born from above.”

In the gospel reading for Thomas’ feastday, we hear the conversation from the eighth day of Easter. Pretty dramatic. “My Lord and my God.” But, in my opinion, Thomas’ conversation with Jesus on Holy Thursday evening was even more dramatic.

‘Do not be troubled. Do not be afraid. Have faith. I am going to the Father’s house. I will prepare a place for you. You know the destination and the way there.’

Thomas: ‘Master! What do you mean? Don’t you know what a bunch of numbskulls we are? You carry on as if we had spiritual insight, as if we had understanding. But you know this ragtag band of blundering pikers too well for that. We know neither your destination nor the way there.’ 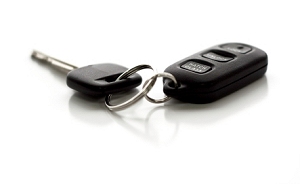 So: in honor of St. Thomas, our brother bumbler, let’s check our pockets.

Have we got the key to life in our pockets? Am I sure that when I walked out of the house this morning, when I stepped out into this gorgeous world—am I sure that I took my first step at the right-hand side of Jesus Christ, the Son of God and the Lord and Master of the Church?

Do I have that particular key in my pocket?

If I am not as sure as I can be of that uniquely essential thing, then I need to go back inside the house and find that key. I need to kneel down before my crucifix or my little Madonna. I need to crack open the Scriptures. I need to cut the cord to my t.v. and turn off my smartphone. I need to recite the rosary with my head bowed. I need to focus on Jesus Christ, Who is real and alive, and Who, of all human beings who have ever lived, is the only one who ever really knew what He was doing.

I need the key of life in my pocket. Christ. Walking out of my house without the way, the truth, and the life, is a great deal more dangerous than forgetting my other keys.