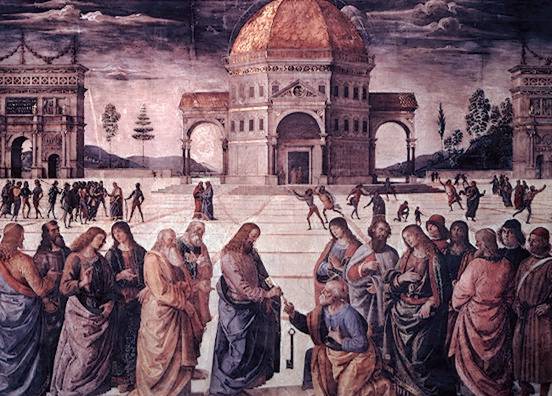 We have a pope! We have a humble, good man for our pope. An intellectual man with years of experience as a pastor. A holy priest who prays and prays.

The Lord Jesus Himself elected the first pope and made him the rock of the Church, the center and foundation that keeps the Church united and alive. Christ promised to pour out His Spirit, so that the faith of Peter would not fail, so that Peter could be the rock who would make all the brothers and sisters firm.

Christ left to Peter the task of devising how to choose his own successor. Ever since then, the pope himself has had the authority to establish the process. Strong, perennial traditions have developed. As Lester Holt of NBC so famously put it yesterday afternoon.

This is the age of total communication. Texts, tweets, satellite, you name it. But at the end of the day, we’re all staring at a pipe, watching smoke.

We don’t say that God Himself devised the process. But we do say that God has directed it. And, even more important, we know that Christ brings to fulfillment all the good works that He begins.

We want to be firm in the faith. So we stand on the rock that Christ Himself has put in place. With Christ, with Peter, with Pope Francis. Papa Francesco.