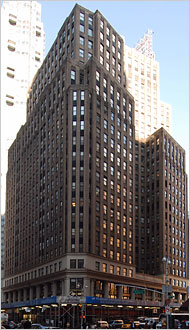 On Saturday, April 2, 2005, Pope John Paul II was taking his last breaths in this world.

I was watching the t.v. coverage with my brother in his office–at the New York bureau of the Washington Post.

It was Easter vacation time.

I got tired of watching t.v. I walked over to St. Patrick’s Cathedral to pray and console people. Very soon the Pope died.

It was an afternoon I will never forget. May our beloved late Holy Father rest in peace.

…Here’s a question. Why aren’t the Georgetown Hoyas playing in the Old Spice Classic this year? (Feel free to comment, whether you know the answer or not.)

It appears to have been the saint’s will to make us Redskins fans share a little bit in his suffering on his feast day.

What I really feel bad about is this, though… Today was a double-header for me: Redskins at 1:00, then a storied match-up between the Hoyas and the Maryland Terrapins for the Old Spice Classic consolation prize (third place).

I figure that of all the Redskins fans in Prince George’s County, probably MORE of them are Terps fans than Hoyas fans. I was hoping that somehow we could all have a little consolation after the agony of the early afternoon.

END_OF_DOCUMENT_TOKEN_TO_BE_REPLACED

I have always thought of Old Spice as classic…My dad used Old Spice aftershave, and he smelled like the blue-blooded gentleman he was.

Plus, he took me to Disney World once. We had a great time. That was back when Epcot Center was brand new.

But regarding basketball, our trip to Disney World is off.

What can you do when your opponent has an unstoppable three-point shooter, swarming defense, and twice as many fans in the arena?

Meanwhile, your big man is in foul trouble. And the frustrations don’t stop: You play tough defense for 33 seconds. Then Tatum sinks yet another three.

What you can do under these inauspicious circumstances is: Lose the game in a respectable fashion, which is what the Hoyas did.

Tennessee has a great team. They are a force to be reckoned with. If they don’t win this Old Spice Classic tournament, I will retire from sports writing and go back to my day job.

Let’s not get discouraged here. The Hoyas won a good game yesterday and put in a solid effort against a premier team.

This is not the end of the world. The Hoyas will be back.

(Though I must say I was itching for them to win this tournament. But it can hardly be called Classic since it has only existed for three years.)