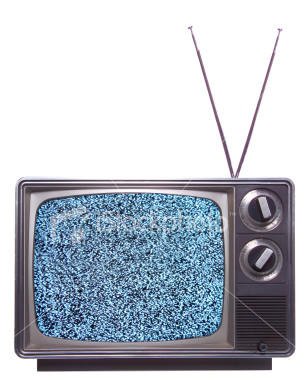 And what does He see? Does He see sober, quiet labor? Does He see us working for His glory, focused on Him, with love in our hearts for all our neighbors?

Or does He hear nothing but the babble of gossips? Does He hear us talking about people behind their backs, judging them on hearsay?

At the beginning of one of his plays, Shakespeare has ‘Rumour’ speak, as a character:

Open your ears; for which of you will stop
The vent of hearing when loud Rumour speaks?
I, from the orient to the drooping west,
Making the wind my post-horse, still unfold
The acts commenced on this ball of earth.
Upon my tongues continual slanders ride,
The which in every language I pronounce,
Stuffing the ears of men with false reports.
…Rumour is a pipe
Blown by surmises, jealousies, conjectures,
And of so easy and so plain a stop
That the blunt monster with uncounted heads,
The still-discordant wav’ring multitude,
Can play upon it. But what need I thus
My well-known body to anatomize
Among my household?

We need to focus on one very important fact: The way people talk about each other on t.v. is not Christian. On the internet? God forbid–even more un-Christian still. And on talk radio.

I guarantee that when I turn on the t.v, within fifteen minutes I will hear people talking about each other in a way that is un-Christian, no matter what channel it is. It will either be fictional gossip or real-live gossip. But it will be un-Christian speech.

(And if you think I mean, ‘except EWTN,’ I do not. EWTN has self-righteous gossips, too.)

If my mind has grown accustomed to the way people talk on t.v., I will talk that way myself. And I will speak when I should not about things that I should not.

Thank you, sweet St. Joseph. Please pray for us. May we share in your gift of holy silence.

King Henry IV lamented the waywardness of his son. Prince Hal did not frequent the royal court. He did not participate in the king’s council. He had achieved no military glory.

Instead, he fraternized with heavy drinkers and pickpockets. He spent his nights in taverns. He soaked his liver in liquor with the notorious Sir John Falstaff.

In other words, the heir of Henry Bolingbroke thoroughly besmirched the honor of the title, ‘Prince of Wales.’

Meanwhile, another young Henry, Harry Hotspur, had accomplished all that Prince Hal had not. Advantageously married, valiant and victorious in many battles, righteous and ambitious (if occasionally a bit hotheaded and willful).

Early in Henry IV, Part One, by Williams Shakespeare, King Henry expresses the wish that Harry Hotspur were his son, instead of his own Prince Hal.

But then: Hotspur rises in rebellion. The turning point in the prince’s life arrives. We know that Hal has long planned to renounce his wayward life, that he has undertaken his inexplicable guttersniping for a reason, namely so that he could emerge all the brighter when the moment ripened. His father now faced a genuinely threatening rebellion. The moment had come.

If you seek an inspiring Fathers’ Day exchange, Act III, Scene 2, of Henry IV, Part One, has it. The king thoroughly indicts his son for his scandalous way of life, emphasizing especially how Hal had made himself common and familiar with everyone—except his own father…

For thou has lost thy princely privilege
With vile participation: not an eye
But is a-weary of thy common sight,
Save mine, which hath desired to see thee more;
Which now doth that I would not have it do,
Make blind itself with foolish tenderness.

Hal protests that he has not actually committed all the outrages that have been reported to the king. (We know, in fact, that, though Hal had gladly gotten drunk and laughed uproariously with roadside thieves, he himself would not steal.)

The king laments the dire political and military situation he faces with the northern rebellion. He justifiably accuses the dissolute Hal of conspiring along with Hotspur to dislodge him from the throne.

Thou that art like enough, through vassal fear,
Base inclination and the start of spleen
To fight against me under Percy’s pay,
To dog his heels and curtsy at his frowns,
To show how much thou art degenerate.

Hal responds with the best Fathers’-Day card ever:

…God forgive them that so much have sway’d
Your majesty’s good thoughts away from me!
I will redeem all this on Percy’s head
And in the closing of some glorious day
Be bold to tell you that I am your son;
When I will wear a garment all of blood
And stain my favours in a bloody mask,
Which, wash’d away, shall scour my shame with it:
And that shall be the day, whene’er it lights,
That this same child of honour and renown,
This gallant Hotspur, this all-praised knight,
And your unthought-of Harry chance to meet.
For every honour sitting on his helm,
Would they were multitudes, and on my head
My shames redoubled! for the time will come,
That I shall make this northern youth exchange
His glorious deeds for my indignities.
Percy is but my factor, good my lord,
To engross up glorious deeds on my behalf;
And I will call him to so strict account,
That he shall render every glory up,
Yea, even the slightest worship of his time,
Or I will tear the reckoning from his heart.
This, in the name of God, I promise here:
The which if He be pleased I shall perform,
I do beseech your majesty may salve
The long-grown wounds of my intemperance:
If not, the end of life cancels all bands;
And I will die a hundred thousand deaths
Ere break the smallest parcel of this vow.

Hal makes good on his word. Turns out the prince has known pretty well how to train himself as a warrior. In battle, the much-mocked Prince of Wales successfully rescues his father from certain death. Then he meets Harry Hotspur. And leaves his corpse on the field.

In the Arkangel Shakespeare recording of this play, a real father and son play King Henry and Prince Hal. Julian and Jamie Glover make Act III, Scene 2 sparkle with affection.

May all children make their fathers proud, like Prince Hal does, in the end. And may all fathers love their children with the tenderness that the stoic Henry Bollingbroke reveals in Act III, Scene 2, of Henry IV, Part One.

A fairly massive Tuesday-night wrap-up here, what with all the interesting developments…

Today the Church keeps the Memorial of St. Catharine of Alexandria. She was not from Alexandria, Virginia.

We do not know much about St. Catharine, other than that she was a virgin and a martyr. But we do know this: Most of the city she lived in is under the Mediterranean Sea.

Once, Alexandria was one of the great cities of Christendom, the site of the world’s largest library. Not any more.

This week is the last week of the Church year. It is the time for us to meditate on the end of things. We do not not know when, but it is inevitable. Everything under the sun will end.

Kingdoms rise and fall. Great cities slip into the sea. Our days on earth are numbered.

At the end of Act V, Scene 1 of Shakespeare’s Henry IV, Part One, Falstaff gives his “catechism.” (You can skip to Prince Henry’s speech halfway through the scene if you don’t feel like wading through a lot of Scotch-English history.)

The Knight of Sack and Bawdyhouses declares that “honor is a mere scutcheon.” It is “air.” It will not outlive death.

Falstaff is a lovably honest character. Two scenes earlier, he admitted to the audience that he had shamelessly abused his commission as an officer of the King’s army and profited by drafting unworthy soldiers.

Falstaff’s speech against honor is disturbingly cogent. And it is especially ironic, considering that, earlier in the scene, Falstaff’s drinking buddy–the Prince–has just made an enormously honorable offer to risk his life for the sake of his army.

Is Falstaff correct? What is honor? Is it worth dying for?

Certainly we all want to have a good reputation. But is that all honor is?

Discuss, and get back to me.

Finally: Dave Johnson and Glenn Consor were so giddy during the third quarter of tonight’s Wizards blowout of the Golden State Warriors that they started joking about teaching Yiddish and Latin to each other. (Glenn Consor sounds a great deal like Ray Romano of “Everybody Loves Raymond.”)