The Lord Jesus pours the Holy Spirit into our souls. And the Spirit bears fruit in us, as if in a garden, or grove, or strawberry patch.

END_OF_DOCUMENT_TOKEN_TO_BE_REPLACED

Ah, the parable of instant oatmeal. Jesus made it quick, because He knew that everyone has a short attention span.

So he told the parable about how God makes us holy like we make instant oatmeal: Packet, bowl, hot water. Badda bing, badda boom.

Wait. What? The Lord never told a parable of instant oatmeal? The parable concerns seeds and soil and farming?

What does He think? That this is some kind of agrarian society?

Does He honestly believe that we are going to wait patiently through the glacial pace of farming? Wait for seeds to germinate, grow, sprout, and grow some more? Does He think that we will sit still through hundreds of news cycles?

END_OF_DOCUMENT_TOKEN_TO_BE_REPLACED

Whenever I can, I try to compose little lists of the best things in the world.

It will take me a long time to get through them all. Fortunately, I am still young.

I have posted a new list under the Bests tab above.

END_OF_DOCUMENT_TOKEN_TO_BE_REPLACED

I woke up this morning feeling basically okay with myself. But then I discovered that I agree with Ken Woodward…(If the comic strips appearing here are too small for you to read, you can see a larger size by clicking on it.)

…According to the Law of Moses, capital crimes were to be punished by stoning to death.

The first stones were to be cast by the witnesses upon whose testimony the guilty party was convicted. Then everyone else could join in the stoning. By this violent act, the injustice of the crime would be purged from the nation.

God is perfectly just. He examines every heart. Before Him, no one is innocent.

But He has not cast a stone and done violence to the guilty ones. Rather, He subjected Himself to violence at the hands of the unjust.

By this violent act, our injustice is purged. We are not condemned to death. 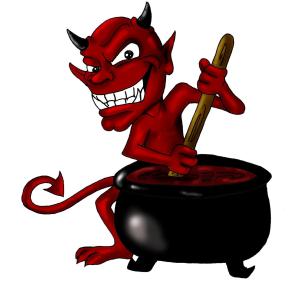 God restores justice; we are pardoned; we may live.

Also, there are some new Bests above.

And I added a new feature above…a collection of the collections.

…I wish I could say that I am willing to take the sins of others upon myself, like our Lord.

I can say this, though: I do take the germs of others upon myself.

This is what communion under both species means for the priest: Taking the germs of the entire people upon yourself.

Lent is a special time for us to do battle with sin. The Lord pours out special graces during these forty days, so that we can become holier. Today let’s focus on the vices of anger and lust.

The most famous verse in the Bible: God so loved the world that He gave His only Son (John 3:16). The Lord would have been justified in condemning the human race long ago. He would have been within His rights to visit His rage upon the earth. But pity stays His hand. He waits patiently for us to repent.

Patience is the proof of love. The Sacred Heart of Christ is a bottomless well of patience. The Lord patiently submitted Himself to unjust men and then bore the bitterness of His Passion without complaint.