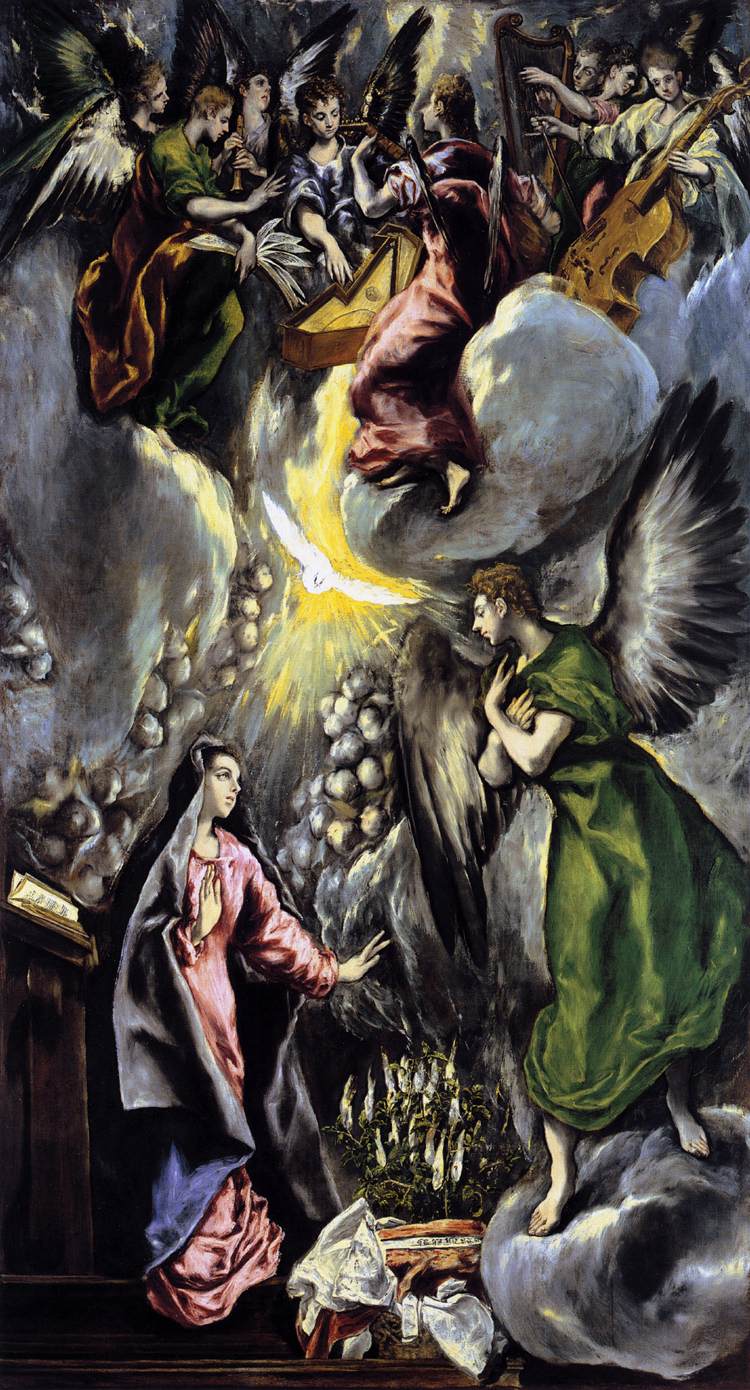 Upon the Annunciation and Passion Falling on One Day.  1608.

Tamely, fraile body, abstaine to day; to day
My soule eates twice, Christ hither and away.
She sees him man, so like God made in this,
That of them both a circle embleme is,
Whose first and last concurre; this doubtfull day
Of feast or fast, Christ came, and went away.
Shee sees him nothing twice at once, who is all;
Shee sees a Cedar plant it selfe, and fall,
Her Maker put to making, and the head
Of life, at once, not yet alive, yet dead.
She sees at once the virgin mother stay
Reclus’d at home, Publique at Golgotha;
Sad and rejoyc’d shee’s seen at once, and seen
At almost fiftie, and at scarce fifteene.
At once a Sonne is promis’d her, and gone,
Gabriell gives Christ to her, He her to John;
Not fully a mother, Shee’s in Orbitie,*
At once receiver and the legacie.
All this, and all betweene, this day hath showne,
Th’ Abridgement of Christs story, which makes one
(As in plaine Maps, the furthest West is East)
Of the Angels Ave, and Consummatum est.
How well the Church, Gods Court of faculties
Deales, in some times, and seldome joyning these!
As by the selfe-fix’d Pole wee never doe
Direct our course, but the next starre thereto,
Which showes where the other is, and which we say
(Because it strayes not farre) doth never stray;
So God by his Church, neerest to him, wee know,
And stand firme, if wee by her motion goe;
His Spirit, as his fiery Pillar doth
Leade, and his Church, as cloud; to one end both.
This Church, by letting these daies joyne, hath shown
Death and conception in mankinde is one;
Or ’twas in him the same humility,
That would be a man, and leave to be:
Or as creation he hath made, as God,
With the last judgement, but one period,
His imitating Spouse would joyne in one
Manhoods extremes: He shall come, he is gone:
Or as though one blood drop, which thence did fall,
Accepted, would have serv’ d, he yet shed all;
So though the least of his paines, deeds, or words,
Would busie a life she all this day affords;
This treasure then, in grosse, my Soule uplay,
And in my life retaile it every day.

He has his place in the DDYDB Hall of Fame for a reason.

I lived the 24th year of my life in communion with T.S. Eliot, communion of the most intimate kind. The countless hours I spent in the Mullen Library at Catholic University, researching papers on “Four Quartets” and “Murder in the Cathedral,” rank among the happiest of my life.

Eliot’s poems still stand in my mind like a mansion, full of familiar rooms decked-out with beauties, with many more as-yet-unopened doors down the hall. One can live a life inside the work of T.S. Eliot, a long and vigorous life.

Anthony Blanche from “Brideshead Revisited” plays Bertrand Russell: one of the most truly absurd spectacles I have ever witnessed. Bertrand Russell has not fared well over time, in my opinion. But the sight of Nickolas Grace in a powdered wig, fondling a pipestem–even I find this sight offensive to the memory of the silly atheist.

Willem Dafoe portrays the Englishman from St. Louis. The New York Times reasonably opined that this was an odd choice. Willem Dafoe has enraptured me on a number of occasions, “Platoon” and “The English Patient” pre-eminent among them. But he was born to play T.S. Eliot about as much as I was born to play the Green Goblin.

Dafoe makes a wild gambit of trying to capture Eliot’s unique Amero-English manner of speaking. But anyone who has passed some time listening to recordings of the poet reading his work immediately perceives that Dafoe’s attempt amounts to an inconsistent, laughable sham.

Here’s the thing. This movie emerged as part of the T.S.-Eliot-Was-Really-a-Dreadful-Villian Movement. His poor wife had unruly high spirits. He styled himself a martyr for a decade of marriage, then put her away in a lunatic asylum. He repressed all his emotions, lived in a retrograde fantasy world, married her for all the wrong reasons, chose fame over love, left us a prissy and impenetrable body of work, etc., etc.

Granted: You could comb Eliot’s entire oeuvre (including Old Possum’s Book of Practical Cats) with a hard-bristle lint brush, and not a single warm fuzzy would come off. Eliot longed for an “Ignatian” spiritual life–by which he understood “Ignatian” to mean intensely Counter-Reformation Spanish, dark, and penitential. Even beginning to understand anything Eliot ever wrote requires considerable effort.

But: Are you going to make a movie about him, portraying him as the basest unfaithful hypocrite, and leave the door to his poems closed, from the opening credits to the final copyright line? How can you possibly think that you have given us anything even approaching T.S. Eliot when your dimestore psychoanalysis of him comes up with nothing more substantial than, “Poems do not express emotion. Poetry enables one to escape emotion?”

Please! One line of this man’s poetry has more to it than this movie! You have got to be kidding me.

How about reading the Aeneid, the Divine Comedy, Hamlet, and Paradise Lost (all of which Eliot had done by the time he was, like, six); how about meditating on every chapter of St. John of the Cross while simultaneously learning the complete lineages of every landed family since William the Conqueror; how about scraping out a single correct Petrarchan sonnet about something; how about doing this, and then making a movie in which you turn T.S. Eliot into an idiot?

Then I will give you the time of day. In the meantime, spend a few hours in a library, please. Amazing what you might learn.

…Every year, I try to read Eliot’s “Ash Wednesday” on or around, of course, Ash Wednesday.

This year the music of the poem impressed me the most. I think he’s trying to evoke the desire for time to end in a blissful moment of eternal peace. Eliot makes his words move with the sound of days passing, one after the other, veering between easy rhythm and deadening monotony. The image of leopards crouched over the poet’s bones, which then begin to sing: unforgettable.

Sooner or later, we have to tackle the mother of all Roman Missal issues: the diversity of human languages.

Where did the Hebrew language come from? Archaeologists and philologists have their ideas. Hebrew came from God, in the sense that everything comes from God. And God used some Hebrew in His dealings with Moses. 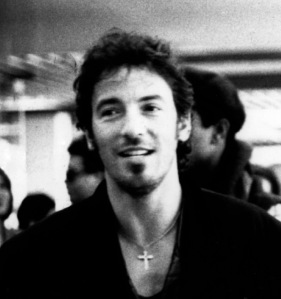 When God became man, He spoke the contemporary version of the ancient Syrian language. Greek was the lingua franca of the world. And the people whose ancestral tongue was Latin held sway.

We can say without hesitation that human language exists so that Christ could speak it. If it existed solely for Homer, Shakespeare, Dante, Springsteen, et. al., then human language would constitute nothing more than a glorious and futile tragedy.

As it is, the lips of Christ have made our race’s cluckings and stammerings worthwhile. When the Lord Jesus said, Hoc est enim…, He sealed the whole project with a mighty, definitive breakthrough: Heaven and earth unite at the words.

That said, the Lord Jesus did not of course literally say, Hoc est enim… We figure He spoke Aramaic at the Last Supper, when He wasn’t reciting Hebrew. And I, though I am a somewhat well-educated priest and a semi-devout Christian—I could not, off the top of my little head, supply you with the Aramaic words…

An important sequel followed that pivotal Jerusalem spring. The Apostles fanned-out to the ends of the earth. They established the Church in the great cities, as well as villages and hamlets. The Prince of Apostles ultimately sailed west and watered the soil of Vatican Hill, across the Tiber from Rome, with his blood.

The local churches of Rocky Mount and Martinsville, Va.—coursing with holiness as they may—cannot claim to have begun with a Mass celebrated by one of the Twelve Apostles. Indeed, no English-speaking local church can make this boast; the English language did not exist when the Apostles walked the earth.

The lands around the Mediterranean Sea, and in the now-Arab and Persian domains, and in India—these places saw the Apostles celebrate Mass to begin local churches. The languages of these ancient countries were used in the original rites of the Church of Christ. Pre-eminent among them all: Peter’s church, Rome.

The welcome rain this morning brought to mind this venerable Gerard Manley Hopkins sonnet on Jeremiah 12:

Thou art indeed just, Lord, if I contend
With thee; but, sir, so what I plead is just.
Why do sinners’ ways prosper? and why must
Disappointment all I endeavour end?
Wert thou my enemy, O thou my friend,
How wouldst thou worse, I wonder, than thou dost
Defeat, thwart me? Oh, the sots and thralls of lust
Do in spare hours more thrive than I that spend,
Sir, life upon thy cause. See, banks and brakes
Now leavèd how thick! lacèd they are again
With fretty chervil, look, and fresh wind shakes
Them; birds build—but not I build; no, but strain,
Time’s eunuch, and not breed one work that wakes.
Mine, O thou lord of life, send my roots rain.

And, speaking of us eunuchs of time, Hopkins can out-do Hamlet when it comes to identifying the quintessences of dust:

Man–we, scaffold of score brittle bones, whose breath is our memento mori.

Death awaits us all, dear friends. Have a great week!

If you are with me, you know that this is the time for a Gerard Manley Hopkins poem:

Morning, Midday, and Evening Sacrifice
The dappled die-away
Cheek and wimpled lip,
The gold-wisp, the airy-grey
Eye, all in fellowship—
This, all this beauty blooming,
This, all this freshness fuming,
Give God while worth consuming.

Both thought and thew now bolder
And told by Nature: Tower;
Head, heart, hand, heel, and shoulder
That beat and breathe in power—
This pride of prime’s enjoyment
Take as for tool, not toy meant
And hold at Christ’s employment.

The vault and scope and schooling
And mastery in the mind,
In silk-ash kept from cooling,
And ripest under rind—
What death half lifts the latch of,
What hell stalks towards the snatch of,
Your offering, with despatch, of! 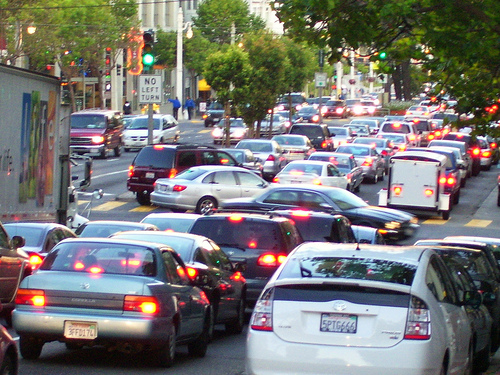 Click here for a couple of excellent posts on St. Thomas More…

…Here is a question for discussion (proposed by the great Dr. Gridlock):