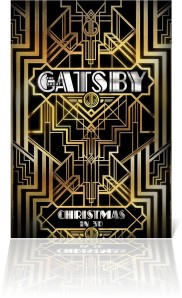 In honor of this new Baz-Luhrmann music video coming out tonight, I present my four favorite sentences of The Great Gatsby:*

1. No amount of fire or freshness can challenge what a man will store up in his ghostly heart.

This refers to Gatsby on the afternoon he spent with Daisy, after Nick’s luncheon.

2. The city seen from the Queensboro Bridge is always the city seen for the first time, in its first wild promise of all the mystery and beauty in the world.

(When Nick and Gatsby drive into town together.)

This sentence—to my mind—rings as true now as it did in the twenties. The West Side, for good or ill, still stews in a kind of shtetl boredom compared to the East Side.

3. Now it was a cool night with that mysterious excitement in it which comes at the two changes of the year.

The night Gatsby and Daisy first kissed, five years ago.

4. We possessed some deficiency in common which made us subtly unadaptable to Eastern life.

All the main characters in the novel hail from west of the Appalachians. I never understood the withering aptness of this sentence until I first spent some serious time in the region that Fitzgerald had in his blood: summer of 1999, Omaha, Nebraska. One of my confreres that summer referred to Chicago as “one of those big eastern cities.” An incisive student of character, a dear friend I met that summer, and an Iowan, referred to me as “a brooding Easterner.”

Nick Carraway hit the nail on the head with this sentence. The Eastern Seaboard and the Mid-West produce two different species of human being.

…Probably the most famous passage of the book (other than the last sentence, which I, for one, think is a little stupid) is:

He smiled understandingly–much more than understandingly. It was one of those rare smiles with a quality of eternal reassurance in it, that you may come across four or five times in life. It faced–or seemed to face–the whole external world for an instant, and then concentrated on you with an irresistible prejudice in your favor. It understood you just as far as you wanted to be understood, believed in you as you would like to believe in yourself, and assured you that it had precisely the impression of you that, at your best, you hoped to convey.

This is Nick meeting Gatsby for the first time. (A good third of the way through the novel, one should note!)

Now, I love Leo DiCaprio as much as the next guy loves him. I love him quite a bit. He had me at Romeo + Juliet. Loathe as I am to admit it publicly, I adore absolutely everything about Titanic; I could watch it over and over and over. 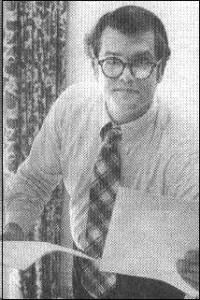 But I am afraid that Leo will not be able to pull this passage off. I will see the movie, one of these eons—maybe when the DVD lands in my local library. But I have no expectation that Leo will have it in him to bring this particular Gatsby smile to life.

Let me say this, and I do so with tears in my eyes:

There is, in fact, one man I have known who truly brought these sentences to life. A man who had the capacity to grasp a situation in full, exactly as it was, to accept it exactly as it was, and to take infinite delight in it. And his delight was because of you.

At his best, my dad brought this majestic Fitzgerald description of Gatsby to life. May the Lord reward him for it.

__________________
* I learned a decade or so ago that a person must re-read The Great Gatsby once every five years in order to remind himself what the English language can accomplish even now.