So why does St. Lawrence get a feast day? Not just an optional Memorial, not just an obligatory Memorial, but a feast day—like the Apostles, like the Archangels? I mean, we all know a lot of great guys named Larry, but…

St. Lawrence served as Pope St. Sixtus II’s deacon. Both of them were martyred by order of the Emperor Valerian in the middle of the third century.

Everyone loved Lawrence. He concerned himself solely with sacred worship and the well-being of the poor. He had a great sense of humor. He went to his martyrdom with such courageous faith that some of the pagan Roman senators who witnessed it became Christians.

In other words, St. Lawrence had such strength and charisma that he bolstered the faith of countless people. We could say he was a Pope-John-Paul-II-like figure, seventeen centuries earlier. Lawrence’s tomb was erected near the site of his martyrdom, and people flocked to it in droves. The Emperor Constantine built a basilica to house the tomb. The relics of St. Justin Martyr and St. Stephen are housed with St. Lawrence’s relics. Pope St. Leo the Great said that St. Lawrence gave to the city of Rome the same luster that the first Christian martyr—St. Stephen, like Lawrence a deacon—gave to Jerusalem.

So today’s feast unites us with the long and inspiring history of our Mother Church, the Church of Rome. May St. Lawrence pray for us, that we will heroically keep the faith with love and good humor.

The Metropolitan Museum of Art in New York has housed a collection of Arms and Armor for a hundred years.

In the 1920’s, art snobs complained that suits of armor do not belong in world-class museums filled with paintings by such geniuses as Pablo Picasso.

Au contraire: Many suits of armor are exquisite works of art.

One may discover this fact for oneself by visiting The Art of Power, at the National Gallery of Art in Washington. It is just about the coolest museum exhibit ever.

…Back to El Greco: His most famous painting is “Burial of Count Orgaz,” which is in a church in Toledo, Spain.

One of the benefactors of the church was such a good and pious man that, when he died, Saints Stephen and Augustine came down from heaven to lay the dead man in his casket.

The painting is so grand, it opens heaven up to our contemplation.

But for many of us the most excellent thing about the painting is…the vestments worn by the saintly clerics.

If you zoom in on St. Stephen’s dalmatic, you can see–right beside the little boy, who is supposedly painted to resemble El Greco’s son–a tiny little El Greco painting of the first Christian martyrdom, as embroidery on the vestment. (St. Stephen is the first martyr.)

(beamed at you from Lancaster, Pa., where my mom and I are on pilgrimage to visit some family graves…)

Stephen said, “Behold, I see the heavens opened and the Son of Man standing at the right hand of God.” —Acts 7:56

St. Stephen was given a vision of the Lord Jesus in heaven. When the first martyr saw Christ at the right hand of the Father, why did he not also see our Lady up there?

Come on, numbskulls: Our Lady was still on earth when St. Stephen was martyred. She had not yet been taken up to heaven. She was still living with St. John.

As Pope John Paul II reminded us in his encyclical on the Holy Eucharist, the Blessed Mother had a period in her life when she stayed close to her Son in the same way we do: through the Blessed Sacrament of the altar.

Our Lady grew closer to Christ every day of her life, including during the years when He was in heaven and she was still on earth. She did it by going to Holy Mass. 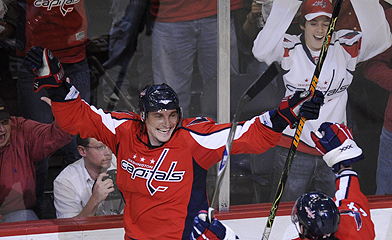 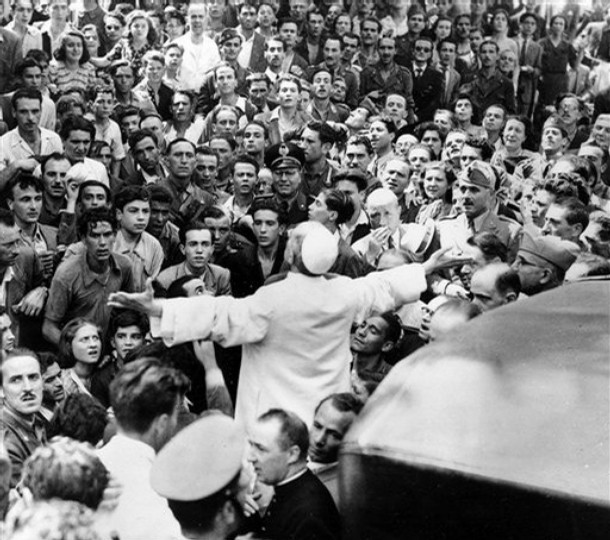 I think we can say that the Obama administration will not recognize the right of unborn babies to be protected from violence.

I think we can say that the Obama-Holder Justice Department will try to limit—if not eliminate–the right of medical personnel (and medical institutions) to refuse to participate in acts of violence against unborn babies.

On Sunday, the Holy Father went to the minor Basilica of St. Lawrence Outside the Walls, the burial place of St. Lawrence the Deacon Martyr. The church also houses the relics of St. Stephen and Blessed Pope Pius IX. 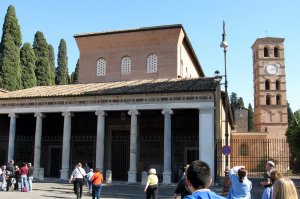 This monumental basilica…speaks above all of the glorious martyrdom of St. Lawrence, archdeacon of Pope Sixtus II and his right hand in the administration of the goods of the community. I came today to celebrate the Holy Eucharist to be united to you in honoring him in an altogether singular circumstance, on the occasion of the Jubilee Year of St. Lawrence, convoked to commemorate the 1,750 years since the birth to heaven of the holy deacon. History confirms how glorious is the name of this saint, around whose sepulcher we have gathered. His solicitude for the poor, his generous service to the Church in the area of social welfare and charity, his fidelity to the Pope, which led him to want to follow him to the supreme test of martyrdom and the heroic testimony of his blood, spilt a few days later [i.e., a few days after Pope Sixtus was himself martyred], are universally known events. 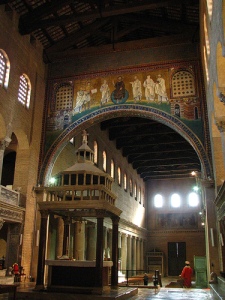 In a beautiful homily, St. Leo the Great thus comments on the atrocious martyrdom of this “illustrious hero.” “The flames could not conquer the charity of Christ; and the fire that was burning him on the outside was weaker than that burning within.” [St. Lawrence was burned alive.] And he adds: “The Lord willed to exalt his glorious name to such a point throughout the world that from East to West, in the very vivid brilliance of the radiant light of the greatest deacons, the same glory that came to Jerusalem by Stephen also touched Rome by Lawrence’s merit.” [St. Stephen, one of the Church’s first deacons, was the first Christian martyr.]

Coinciding this year is the 50th anniversary of the death of the servant of God, Pope Pius XII, and this brings to mind a particularly dramatic event in the centuries-old history of your basilica, which took place during World War II, when, precisely on July 19, 1943, a violent bombardment inflicted very serious damages to the building and the whole neighborhood, spreading death and destruction. Never will the memory be erased from history of the generous gesture carried out on that occasion by my venerated predecessor, who ran to help and console the harshly affected people, among the still smoking ruins.