…Here’s a little homily for today:

The Lord Jesus chose His twelve Apostles. Then He stood to speak to a great crowd. Anyone know what He said to begin? The first part of the great sermon? The heart of His teaching?

Here’s a hint: “Blessed are…” The Beatitudes.

Adam and Eve sinned and lost God’s friendship. They lost their blessedness. But the Lord began a covenant with another man whose name starts with ‘A,’ namely… The father of the nation of Israel…

Now, God asked Abraham to leave his homeland and wander as a nomad. God demanded absolute obedience from Abraham. Truth to tell, God gave Abraham a pretty rough life, a life requiring enormous faith. But Abraham kept going, because God had given him such wonderful…

To Abraham, God had made magnificent…

“You will have descendants more numerous than the sands of the seashore and the stars of the sky. In your descendants, all the nations of the earth will be blessed.”

So maybe we could say: Lesson #1 we can take from the Holy Bible is this: God makes promises, and He keeps them.

Jesus’ Beatitudes promise us that if we dedicate ourselves to God, we will find His kingdom. In the meantime, we will suffer. We will be hungry. We will have to struggle to hold on to what is good and holy. When we dedicate ourselves to God, we find that other people wind up having more money and being more popular. Other people have fancy lives, while we wait on God in the cheap seats.

But: It’s worth it. God makes promises, and He keeps them. We read how power went forth from Christ, power that overcame sickness and evil. That power dwells in us, when we have faith.

Probably none of you young people can remember. Twelve years ago tomorrow, all of us older Americans had to look at death over our morning coffee. Because a catastrophic terrorist attack hit our country, almost out of nowhere. Over 2,000 innocent people died.

We needed spiritual power that morning. We needed to listen, as if for the first time, to Jesus’ Beatitudes. Yes, in this world, there is suffering. Yes, evil comes our way. But when we love God and seek His kingdom; when we try to make peace and act with justice; when we let go of the fleeting pleasures of life and reach out towards God’s eternal holiness: when we follow Christ, in other words, we have nothing to fear. Even death. We don’t even have to fear death, because the Lord has promised us eternal life.

Let’s pray for peace. Let’s hope for the coming of the Kingdom of God. Jesus keeps His promises. Blessed are we when we remember that.

Be not afeard; the isle is full of noises,
Sounds and sweet airs, that give delight and hurt not.
Sometimes a thousand twangling instruments
Will hum about mine ears, and sometime voices
That, if I then had waked after long sleep,
Will make me sleep again: and then, in dreaming,
The clouds methought would open and show riches
Ready to drop upon me that, when I waked,
I cried to dream again. (The Tempest, Act III, Scene 2)

Any run-of-the-mill Jennifer Ehle fan takes note of the fact that she and Colin Firth re-united in “The King’s Speech.”* Ehle plays Lionel Logue’s wife Myrtle.

Myrtle says ‘perhaps’ exactly like Eliza did in the 1995 BBC Pride and Prejudice. Though, with only two short scenes with Lionel, Ehle hardly has the opportunity “to exhibit”–as Mr. Bennett would put it.

What would require a higher level of intensity in the Jennifer-Ehle-fan department: Noticing that the Pride-and-Prejudice reunion involves another actor, too.

Mr. Collins also appears in “the King’s Speech:” David Bamber plays the director of the Richard III production that Lionel does not get a part in.

But did any other Jennifer Ehle fan, while watching “The King’s Speech,” notice this? For the amusement of his sons, Lionel recites a speech from Shakespeare–Caliban’s speech, about the enchanted isle where The Tempest takes place.

Who dwells on the isle? Which innocent daughter of the resident magician? Miranda. And who portrayed Miranda in the Arkangel Shakespeare audio production?

…for the poor people of Rocky Mount, Virginia.

Flood? No. Earthquake? No. Boll-weevil swarm? No.

They will soon have a new priest living in their bucolic piedmont town. A tall geek you know.

…The Hoyas begin a long, hard Lent on Ash Wednesday. In order to win the Big East tournament, it will be necessary to beat UConn, then Pitt, then Syracuse (or St. John’s), then either Notre Dame, Louisville, or West Virginia–on four consecutive days in Madison Square Garden. 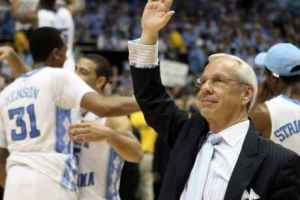 A Herculean feat. If they manage it, we can all take the rest of Lent off. (Kidding.)

After winning the Big East, the Hoyas will get to rest for two days before beginning the long march to Houston. But, seriously, you can have the NCAA tournament. All I care about is what happens in New York.

Except: Yes, I hate the North Carolina Tar Heels as much as any Hoyas fan should. But who could resist the Cinderella story of the 2010-11 UNC season? With demolishing Duke as the coup de grace?

It is almost enough to make a guy forget about the James Worthy thing forever.

…I never should have made fun of “The King’s Speech.” It is a beautiful movie. I cried like a woman through the whole thing.