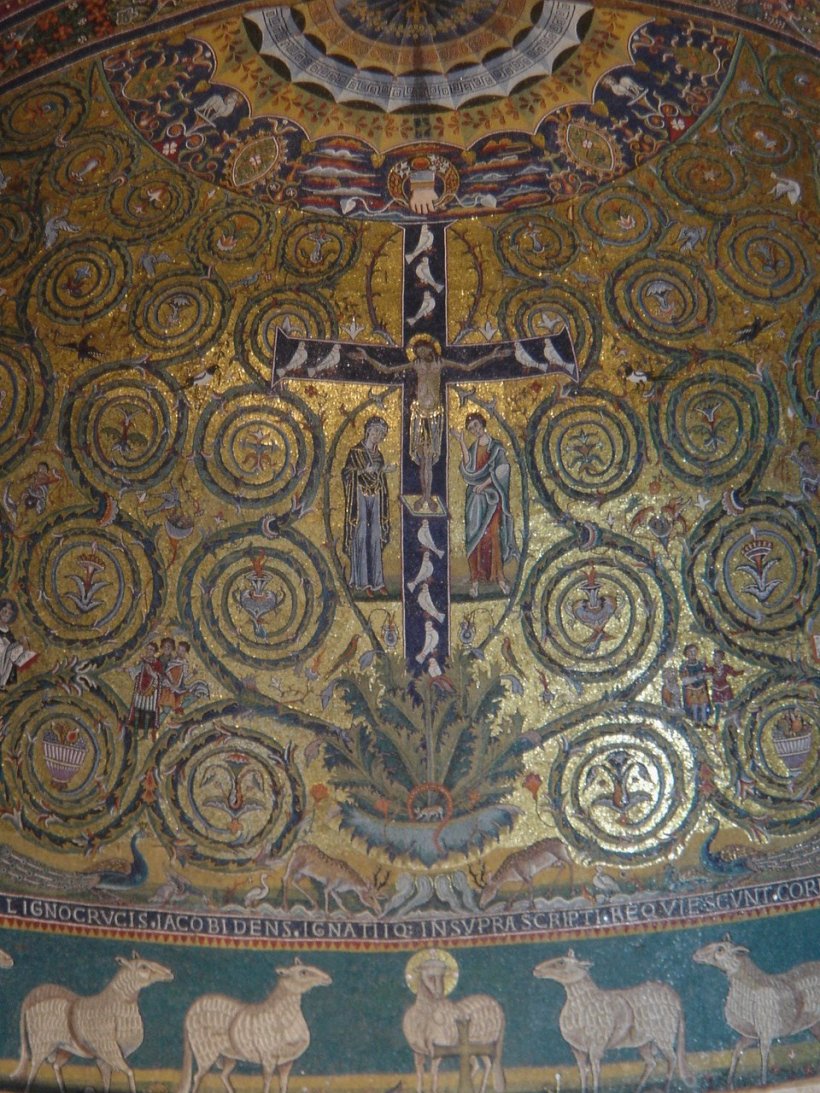 To worship God in truth, we go to the Upper Room. The Upper Room of Jesus’ Passover formed the Church of God. How did this come to pass?

Maybe, in some primordial arbor of trees, in the morning before Adam and Eve sinned, a simple altar stood. Our First Parents could have offered God a worthy sacrifice there and worshiped Him in friendship.

Sin ruined that original church of Eden. Man wandered far from the Creator, worshiping false gods. Like shiny golden statues or voluptuous figurines. Like battle gods, angry with arbitrary blood-thirst. Like vindictive, impatient, miserly rain gods. Like the great god of me, myself, and I. 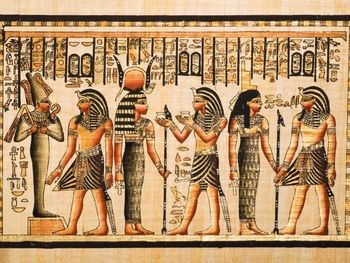 The Creator made us to be His everlasting friends. We cultivate this friendship by practicing religion. True religion. Religion that corresponds with the real God, Who made heaven and earth and us.

I do not put myself forward as an expert Egyptologist. But I think we can safely say that the ancient Egyptians worshiped an enormous number of false gods—deities of this or that: the sun, the river, the crops, etc.

These gods demanded a kind of servitude that led to misery and slavery. The nation had the appearance of splendor and glory, with ever-more-colossal temples and monuments. But, at heart, the people were sick with the dread of death. They salved their fear with nonsensical fables about the afterlife.

The Egyptians’ own slavery to their demanding pantheon of gods made them think nothing of enslaving other peoples and treating them like pack mules.

We read about how the Creator executed judgment over these false gods of Egypt. He visited death upon the pagan nation, so that Pharaoh would let God’s chosen people go free. Christ and the Apostles found themselves in the Upper Room precisely because this had happened, many generations before them. They had ascended to the Upper Room to commemorate this liberation with a sacred rite.

Okay: so what religion happens in the Upper Room?

The place has been swept clean of lies that hold people in bondage. The tumult of the world does not disturb this room’s peace. In Christ’s Passover cenacle, we call to mind the loving, kind works of the Almighty, Who seeks not slaves, but friends.

In the Upper Room, the Creator Himself does His work with human hands and gestures. He wills that there be no foreign god among us, so He entrusts Himself completely to men who will bring His Passover meal to every corner of the earth. In the quiet of the Upper Room, God chooses every human being on earth as His own. He consecrates the universal sacred nation with His commandment: Do this in memory of me.

Now, does the God-man demand an offering in this new and everlasting church? An act of abasement on our part, to appease Him? You would think that He would—Almighty God Who makes the storm clouds and the terrifying thunder. Almighty justice Who weighs heaven and earth in His balance.

But instead He got down on His knees. He Himself did the work of a slave. “See, I have given you a model to follow.”

Indeed, Lord, you have. And, at the heart of it, these unspoken words of Yours:

I embrace the chalice of death without fear. I tell no tales, make up no fables to hide the darkness. When the true Passover lamb dies, you will see the full cruelty of death, altogether unveiled.

But don’t despair. You long for the sweet-smelling arbor of Eden where you can consecrate yourself in friendship with God. You have found that friendship right here in the Upper Room.

Where does the fruitful tree of God’s garden stand? My cross, dear friends. It is the Tree of Life. Your God Who dies for you will rise again.