The discipline of Catholic bishops relies on the oversight of Archbishops, and the pope. If our bishop did something wrong–like, for instance, suspending the ministry of a priest without a commensurate cause–the wronged person must seek justice from the Metropolitan Archbishop of the ecclesiastical province, or from the pope.

Here in Virginia we find ourselves in the ecclesiastical province of Baltimore. If Bishop Knestout does wrong, we appeal to Archbishop William Lori, or to Pope Francis.

We would appeal to them, that is, if we thought we could trust them. I have pretty thoroughly documented for you, dear reader, why no reasonable man can trust Pope Francis to do justice. What about this question: Can a reasonable person trust Archbishop William Lori?

Long-time readers might remember my noting last September that Archbishop Lori made a public statement about another one of his suffragan bishops, Michael Bransfield. Bransfield had just retired as Bishop of Wheeling-Charleston, West Virginia. Lori referred to “troubling allegations” against Bransfield.

Now, what I found most troubling about Lori’s statement was: We, the general public, had no idea what these ‘troubling allegations’ were.

And Catholics in West Virginia had gone to their local press with complaints about Bransfield’s apparently profligate spending.

They went to the press in 2006, a year after Bransfield became West Virginia’s shepherd. And they went to the press again in 2013, shortly after Pope Francis became pope–and supposedly set a new standard of simple, poor living for bishops. (Even though the pope actually lives in a $20-million Vatican hotel, paid for by a donor-friend of Donald Wuerl.)

Anyway, no Metropolitan Archbishop of Baltimore had so much as acknowledged those earlier complaints about Michael Bransfield. No churchman had ever referred publicly to any ‘troubling allegations.’ Not a word.

So what in the world was William Lori talking about, last September?

Actually, it was not difficult to see through the smokescreen. The long-slumbering hand of ecclesiastical discipline had bestirred itself to imitate action. The McCarrick Affair had exposed to the world the utter paralysis of the prelates of the Catholic hierarchy, when it comes to disciplining each other. So Lori–and Pope Francis–had something to prove.

Of course they had no trouble finding “troubling allegations” against Bransfield. All they had to do was search their own files, where repeated complaints had languished for years. (Probably in the same Vatican drawer as the McCarrick sex-abuse settlements from a dozen years ago.)

Anyway, Archbishop Lori proceeded to announce this past March that a ‘preliminary investigation’ had run its course. Bransfield should no longer minister as a bishop or priest. At least not in Lori’s territory.

That would have been the last anyone ever heard about any of this. Except: Someone on the inside had gotten fed-up with William Lori’s endless self-serving nonsense. Some insider(s) decided to provide the Washington Post with extensive documentation of the case.

Question #2: Why had the complaints against Bransfield gone unaddressed for over a decade? Maybe because Bransfield had greased the palms of his ecclesiastical superiors? (Using diocesan funds.) Including, of course: the palm of William Lori.

Investigators found that Bransfield had given Lori checks totalling $7,500. In February, Lori privately attempted to suppress that information. In June, it leaked.

Lori had known about the allegations against Bransfield for years. Lori attempted to suppress that piece of information. This month, it leaked. 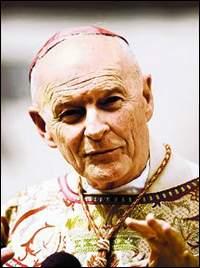 …An old, familiar pattern, my dear ones:

During the 80’s and 90’s, aggrieved individuals went to the Metropolitan Archbishop, and to the papal nuncio, seeking justice. They reported the wrongdoing of then-bishop (and later Archbishop) Theodore McCarrick.

(Until investigators from outside the hierarchy uncovered something. In the fall of 2017.)

During the 00’s and 10’s, aggrieved individuals went to the Metropolitan Archbishop, and to the papal nuncio, seeking justice. They reported the wrongdoing of bishop Michael Bransfield.

Nothing happened. Bransfield retired. Then, because the McCarrick Affair rattled the cage: An investigation!

Which led to: Lori getting caught covering up his role in the earlier cover-up.

…The mafia of self-righteous tinpot dictators that reign over our Church do not realize how corrupt they are. They always have some cockamamie rationale to try to paint themselves as angelic. William Lori styles himself a thoroughgoing Boy Scout. But I would rather seek justice from Boss Tweed of Tammany Hall.

We live in a windswept wilderness when it comes to ecclesiastical discipline, my dear ones. We might as well face that fact. We will need another Council of Trent, and an ensuing century of saintly self-sacrifice, to recover from the reign of these prissy, dishonest a-holes. But God will provide.

One thought on “Ecclesiastical Discipline in Our Province”