The day has arrived when your humble servant will do my duty. Namely, I will begin a four-part series of homilies aimed at preparing us to pray and fast through the “Fortnight for Freedom” from June 21 to July 4. 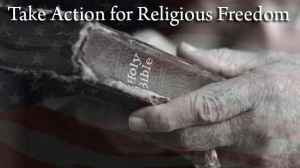 First, though, if I may:

Dr. David Schindler has published an essay about human nature, freedom, and rights.

He distinguishes the ideal of a modern ‘liberal’ regime from the regime envisioned in the Church’s articulation of Her doctrine of religious freedom.

Dr. Schindler exposes the paradox at the heart of the liberal ideal of a religion-neutral state. If the law/the courts/the goverment say that freedom means anything other than openness to God and truth, then the content of what freedom is will always be supplied by the strong–at the expense of the weak.

The independent man who determines for himself what life means will inevitably do so at the expense of a weaker person. The only man who never infringes on the genuine “rights” of others is the one who acknowledges that he depends on God for his freedom, and he must use his freedom to seek goodness and truth.

In other words, if man is not for God, then he is for himself–at the expense of someone else, sooner or later.

I bring this up because: Obviously, Dr. Shindler has been reading my posts on the HHS-Mandate controversy and decided to supply the philosophical argumentation for why I make so much daggone sense.

We present a collection of the ramblings on this subject from the past few months, years:

Warming up for action: Answering the atheist…

Kathleen Sibelius, Bishops Dolan and Lori, and me:

2. I Will Give You Bacon, but Not a Contraceptive (2b. Let us Reason)

5. Chastity, Conscience, and the Real Problem is that Too Many Doctors Suck

6. Should we have Faith in the First Amendment?

11. The Businessman’s Co-operation with Evil

Four Sermons on “We cannot co-operate with evil, even if the civil law stipulates that we must.”

1. We, the Catholic Church of Christ

4. Where Civil Laws Come From

1. Hamlet and the Martyrs of Mexico

5. Inconvenient and Uneasy in the Canticle of Zechariah

Which of the two will land me in jail?

Cant’ be Happy about Hobby Lobby 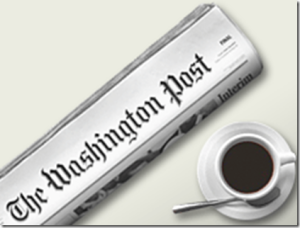 I have no choice but to admit that in the past two days, I have witnessed not one, but two miracles of liberal journalism.

I.
Don’t know if you heard how a professor at Harvard was arrested in his own house. He claims to be the victim of police racism.

The first thing that occurred to me when I read the conflicting accounts of what happened: Wasn’t the police officer probably trying to secure the house after having received a burglary report? Why would Dr. Gates refuse to comply with the officer’s request that he step outside? Isn’t it reasonable to think that the officer asked Dr. Gates to step outside for his own safety, in the event that there was an intruder in the house? 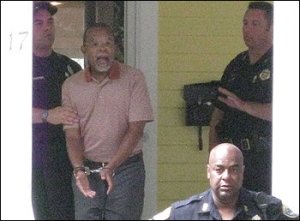 Imagine my amazement when I read something in the Washington Post to the effect that the officer may in fact NOT be a racist goon, and Dr. Henry Louis Gates, Jr., was probably acting like a defensive jerk.

II.
Don’t know if you have heard that there will soon be a new justice on the Supreme Court.

Imagine my amazement when I read something in the Washington Post to the effect that Sonia Sotomayor is a woefully uninspiring Supreme-Court nominee.

My brother used to write for the Washington Post. Of course I would always be glad to buy my brother a beer. But other than that, I have never wanted to buy beers for Washington Post writers.

But the Omnipresent Specter is full of surprises.